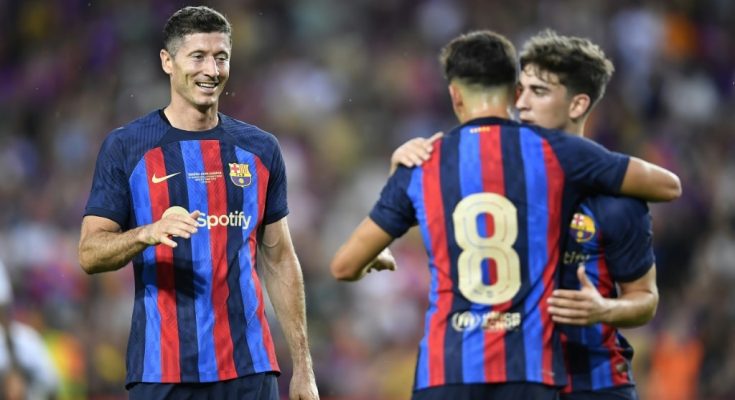 According to reports, Bayern made an offer of €12 million for one of Barcelona’s main stars and attempted to sabotage their negotiations to extend his contract with another teenage sensation. Here, find out the details of their failed plan.

Barcelona’s UEFA Champions League match against Bayern ended in a 2-0 loss and 19-year-old Pedri played the entire game. After making 50 appearances for the Catalan giants before turning 18, Pedri signed a new contract in October 2021 with a €1 billion release clause.

In a short time at the top level, the teenager has become one of Europe’s best midfielders. He was originally signed by Barça from Las Palmas in the summer of 2019, but spent a year on loan with his former team.

Since then, the now 19-year-old midfielder has established himself as a key cog in the Blaugrana’s midfield, starting in every game he has played in and racking up a total of 10 goals and 7 assists in 81 appearances. He is a mainstay of the Spanish national team and was part of La Roja’s success at last year’s European Championship.

How Barcelona kept Pedri and Gavi despite Bayern’s attempts

A report in Spain claims that in 2020, Bayern tried to woo young star midfielder Pedri. The German club have already made contact with the Blaugrana in a bid to snap up the player before he even made his La Liga first-team debut.

According to Catalan newspaper Cadena SER, the Bavarian giants reached out to Barca shortly after beating them 8-2 in the 2020 UEFA Champions League final to sign Pedri. They were ready to pay the Spaniards up to 12 million euros for the talented ace.

However, Barcelona paid little attention to the offer as they had no plans to let one of their most valuable jewels leave. The 19-year-old shone at the Allianz Arena two years later and produced a fantastic performance this week despite his side suffering a defeat.

After failing to recruit Pedri, the Munich outfit hatched a plan to sign another possible future superstar, Gavi, this summer. However, the young prodigy reportedly never wanted to leave the Camp Nou and recently signed a new long-term deal, pledging his career with the Catalan outfit until 2026.