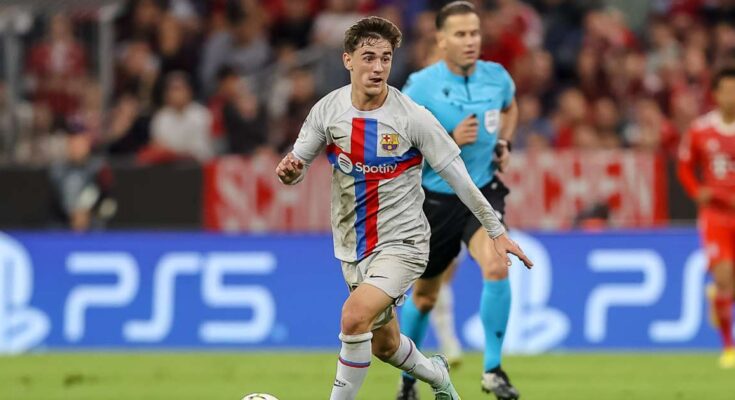 With a new contract signed at Camp Nou, Gavi says it is “a dream” to continue his Barcelona career.

Gavi said his Barcelona career is “a dream” after he signed a four-year extension to keep him at Camp Nou through to the end of June 2026.

The 18-year-old’s new contract with the Blaugrana was officially confirmed earlier this week.

Gavi made 47 appearances for Barca last term, scoring two goals to help Xavi’s side return to the upper echelons of LaLiga, and the teenager is expected to feature in Spain’s World Cup squad.

At the press conference to officially announce his new contract, Gavi spoke of the honor of playing for Barca after coming through their famous La Masia academy.

“To score goals in this shirt in front of the best fans in the world is a dream. I try to take it as normal, [and] they helped me a lot at La Masia.

“La Masia is something unique and I am grateful to everyone. The chefs, the teachers, the coaches, everyone. They taught me to work and be humble.”

Asked what his favorite moment at the club has been so far, Gavi was quick to reply: “The day I scored my first goal for the Barca first team will stay with me forever.”