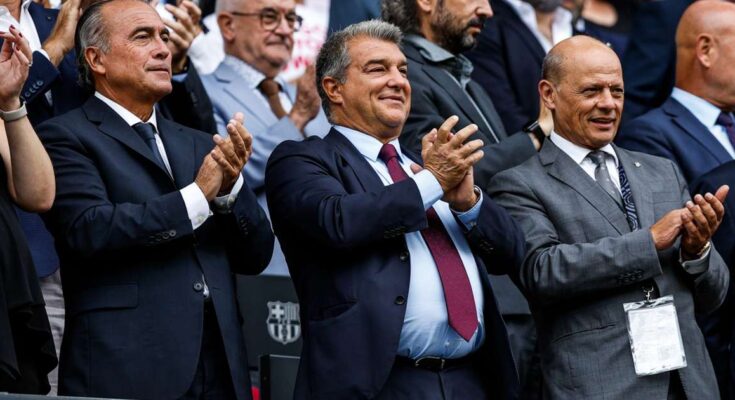 Barcelona’s financial difficulties are well known, though the club’s board is forecasting a huge profit in the next accounts.

Barcelona have confirmed their board has approved an operating income budget of €1.255billion for the 2022-23 season.

LaLiga giants Barca have struggled financially over the course of several seasons, with president Joan Laporta trying to steady the ship, although that hasn’t stopped their big spending spree in the transfer market.

Barca sold 25 percent of its TV revenue for the next 25 years to private equity group Sixth Street in two separate deals in June and July, while also turning to streaming platform Spotify as its new stadium and kit sponsor.

On Monday, a club statement outlined a budget of €1.255 billion for the 2022-23 season, while confirming the previous financial year’s turnover of €1.017 billion, of which €98 million was said to be profit.

The projected profit for the next financial year is much higher at €274 million.

Barca’s board of directors also decided that the club’s general meeting of members will be held virtually on October 9. Xavi’s side host Celta Vigo at Camp Nou on the same day.

In a subsequent statement, Barca announced that the project management tender for the redevelopment of the Gol Sur part of their stadium had been completed and contracts had been signed with Catalan companies Enginyeria i Arquitectura Torrella and Ingenieros JG.

According to Barca, the tendering process for construction work is not over yet.