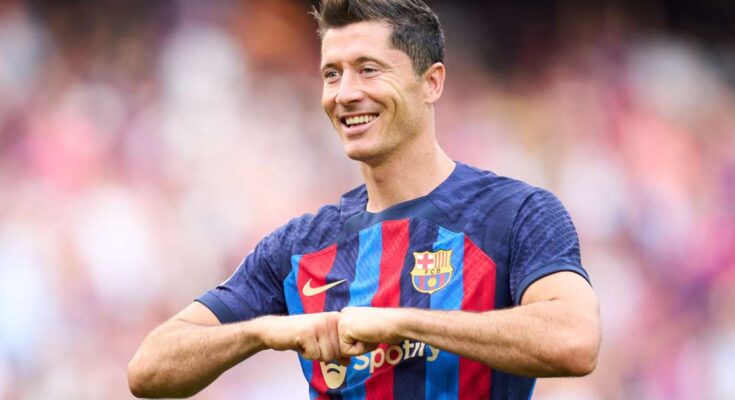 Elche had not won a LaLiga game against Barcelona since 1974, and that dismal record continued with another poor display.

Barcelona went top of LaLiga as a Memphis Depay strike and Robert Lewandowski’s double saw them cruise to a 3-0 victory against 10-man Elche at Camp Nou.

Elche captain Gonzalo Verdu was sent off after just 14 minutes before Lewandowski and Depay put Xavi up 2-0 in stoppage time.

Lewandowski grabbed his second of the game after the break to make it 11 goals in all competitions since joining from Bayern Munich as Barca eased to victory.

The win continued Barca’s unbeaten start to the domestic season as they moved top ahead of Sunday’s Madrid derby.

Verdu was sent off for a cynical pull down on Lewandowski after Frenkie de Jong had put the striker through.

Edgar Badia made a number of saves to keep the visitors at bay, but the Catalans finally capitalized on their numerical advantage in the 34th minute when Lewandowski tapped in Alejandro Balde’s cross.

Depay made it 2-0 early on when he hit the roof of the net after teeing up John Donald with a brilliant turn.

Barca thought they were three up before the break when Pedri got to them but the midfielder was offside.

Lewandowski scored his second just after half-time when he slotted into the bottom left corner after the ball fell into his box.

The Poland international almost made it a hat-trick when he saw a drive saved by the legs of Badia before flying over the bar with another effort.

But those mistakes didn’t matter much as Barca eased their way to another victory.