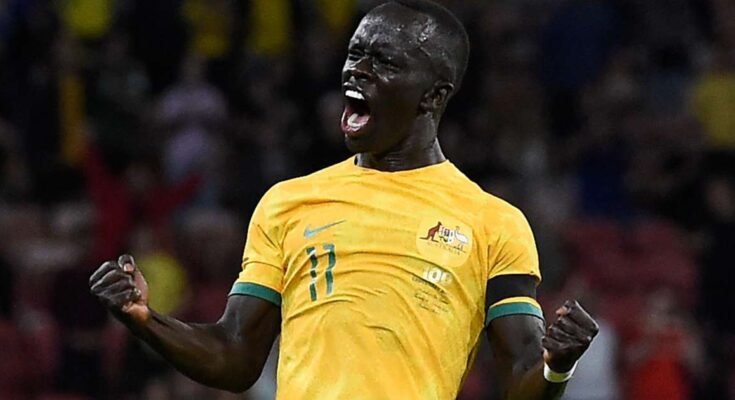 Awer Mabil provided the moment of finishing finesse that decided an entertaining clash between Australia and New Zealand in Brisbane.

Awer Mabil’s fine strike gave Australia a 1-0 win over New Zealand in the final home game for the Socceroos before their World Cup trip in November.

The Cádiz winger struck in style in the 32nd minute at Brisbane’s Suncorp Stadium. Jackson Irvine won possession in midfield before feeding Mabil who cut in from the left wing and fired into the bottom left corner from 22 yards.

The teams meet again on Sunday at Eden Park and New Zealand, who missed out on World Cup qualification when they lost to Costa Rica in a play-off, should take heart from Thursday’s show.

The visitors almost took the lead in the 10th minute when Chris Wood sat in goal for Andre de Jong, who got behind the Australian defense and fired his foot into the left post.

Irvine missed a great chance from Australia’s Graham Arnold and was subsequently penalized for a controversial challenge as they put the ball into the net in the 28th minute.

Mabil’s goal four minutes later meant it was soon forgotten, with Australia eventually settling for a narrow victory after Mathew Leckie’s shot hit the outside of the left post late on, with a weak touch from New Zealand goalkeeper Oliver Sail.