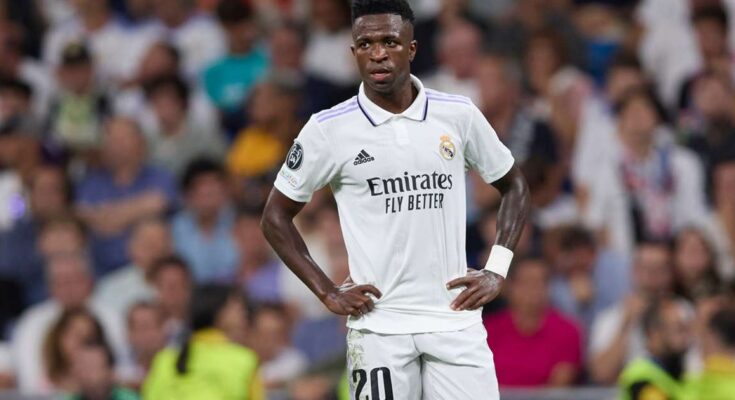 After the confrontation with rivals Real Mallorca last weekend, the debate about Vinícius was heated. Football agent Pedro Bravo, a guest on the Spanish TV show Chringuito, referred to Vinícius as a “monkey” and urged him to stop dancing at the “sambadrome”.

Bravo subsequently apologized, saying he had used the term “figuratively”, but as the clip went viral, support for Vinícius poured in: from Neymar, Dani Alves, even Pelé. Vinicius spoke: “They say that happiness annoys people. Well, the luck of a victorious black Brazilian in Europe, much more.’

The dance, he said, was not just his, but belonged to many players — including Antoine Griezmann of Atlético Madrid — funk and samba artists, reggaeton and black Americans — and he wasn’t about to stop. Real Madrid also released a statement defending their player and rejecting racism.

Atlético Madrid captain Koke was asked about his likely reaction in the event of a Brazilian goal and, as is his custom, to celebrate the goal with a dance. Koke responded by saying there would be “lio for sure” [trouble or disorder]. Unfortunately, he was right.

After kick-off, Rodrygo fired Real Madrid in front and celebrated with his Brazilian compatriot. Federico Valverde added a second after 36 minutes to put Real 2-0 up at half-time.

A large number of fans outside the Cívitas Metropolitano stadium chanted “Vinícius is a monkey” as they entered the stadium. Monkey chants were also heard when the Brazilian first touched the ball.

The abuse follows a video from Vinícius in which he responded to criticism of his allegedly provocative style of play and goal celebrations by denouncing the racism he says he is subjected to. What was initially an almost entirely fabricated debate built up throughout the week and eventually, with depressing inevitability, ended in racist abuse that overshadowed the derby.