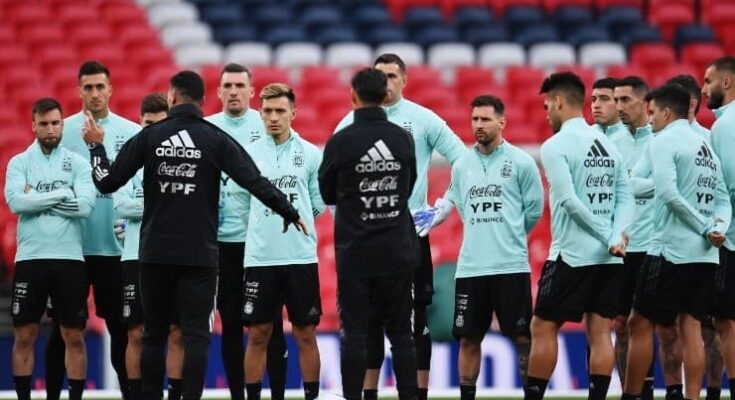 An Argentine national team superfan in Miami sent 168 messages, one per day, to his favorite player on the team. He finally got an answer… sort of.

Agustín is a fan of the Argentina national team from Miami who has a great love for Rodrigo De Paulo. De Paul is a midfielder who plays for Atlético Madrid after making a name for himself at Serie A side Udinese.

De Paul became famous in Argentina mainly due to his romance with Argentine pop singer Tini Stoessel. He is also at the center of an investigation for non-payment of child support to his ex Camila Homs.

In addition, in a team that includes Lionel Messi, Angel Di Maria, and Paulo Dybala, De Paul is the number 1 fan. Agustín, who sent De Paul 168 messages on Instagram wishing his favorite player luck and wrote that he will send messages every day until it receives a response.

After telling the TyC Sports reporters covering the national team in Miami what he has been doing, the reporter promised Agustín that they would work hard to have De Paul see the messages. As an FYI, if you follow someone on Instagram and said person does not follow you back, messages sent usually go to a general folder. Given that De Paul must receive hundreds of messages per day it is very viable he never saw Agustín’s messages.

Argentina is in Miami preparing for the World Cup and will play Concacaf opponents Honduras and Jamaica where De Paul will surely feature in both matches.