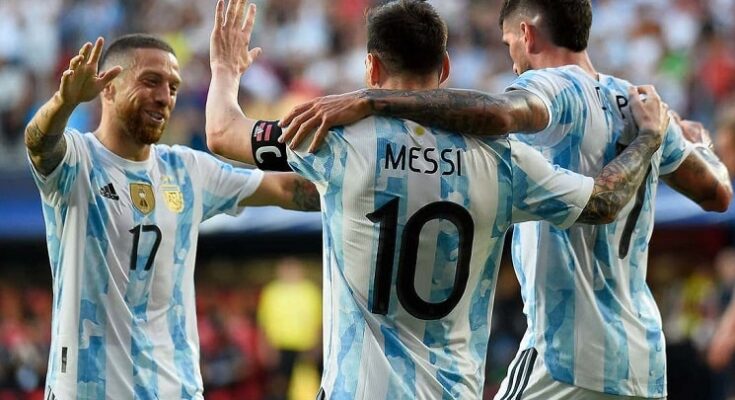 Argentina take on Honduras in an international friendly at Hard Rock Stadium in Florida, USA, on Friday evening local time.

The match will provide crucial preparation for the South American side ahead of the forthcoming winter World Cup in Qatar.

Argentina have been rocked by visa issues that prevented Cristian Romero and Lisandro Martinez from traveling to the United States from England, with the defensive pair facing a race against time to be included in the squad against Honduras.

After the death of Queen Elizabeth II. the US embassy in England was closed, meaning the pair had to fly home to Argentina and process their applications from there.

Nicolas Otamendi is likely to start in the heart of defense either way, with Udinese’s Nehuen Pérez set to make his international debut, should Romero or Martinez not be considered from the outset.

Likewise, Benfica’s Enzo Fernandez and Atlanta United’s Thiago Almada will be hoping to receive their first caps at some point during the encounter, but Scaloni won’t want to poke too much as it is Argentina’s penultimate game before the World Cup begins.

Only Kevin Lopez and Rubilio Castillo did not make it to Florida from the starting eleven that defeated Canada 2:1 in June. Vasquez used a 4-4-2 formation in this match, so it is likely that he will bring an additional defender or midfielder into the side to avoid being too open against a nation containing several top attacking talents.