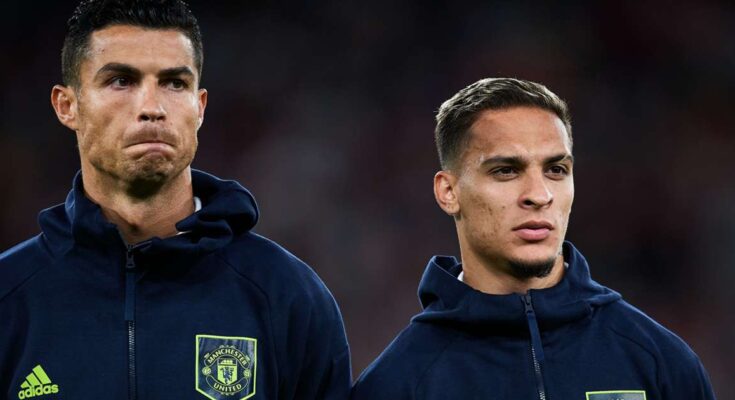 Antony described Cristiano Ronaldo as a man with “an extraordinary mind” and revealed he has looked to the five-time Ballon d’Or winner for guidance since joining Manchester United.

The former Ajax winger made a stunning start to his United career, scoring the opening goal in a 3-1 win over Premier League leaders Arsenal at Old Trafford.

Just three days after joining United for an initial £81.3m (€95m), Antony – the 100th Brazilian to play in the Premier League – became the youngest of his compatriots to score on his debut in the competition (in aged 22 years and 192 days ).

Antony joined Marcus Rashford and Jadon Sancho in United’s three-point attack against the Gunners as former Real Madrid and Juventus star Ronaldo started on the bench for the fifth time of the season.

Ronaldo has started just one of United’s six Premier League games this campaign, with Rashford (523), Sancho (423) and Anthony Elanga (215) bettering the 37-year-old’s 207 minutes of league action.

Antony then started alongside Ronaldo in United’s Europa League defeat against Real Sociedad on Thursday, and the Brazilian has no doubts about the Portugal forward’s continued quality.

“I learned a lot from him in a few days. He has an exceptional mind and whenever I talk to him, I take a lot from that.

“I’m sure we have a strong attack and it’s very promising for the future.

“I came to help my teammates. Regardless of age, there is tremendous talent in all players.”

The 22-year-old showed flashes of his distinctly Brazilian style on his debut and vowed to always try to entertain the Red Devils supporters.

“I always did,” he said. “Not just here, but for all the teams I’ve played for. I’ve done it since I was a kid. I’ve always done it – it’s one of my characteristics.

“I’m already adjusting and getting used to things here. Entertainment is something I’ve always enjoyed and will continue to do.”