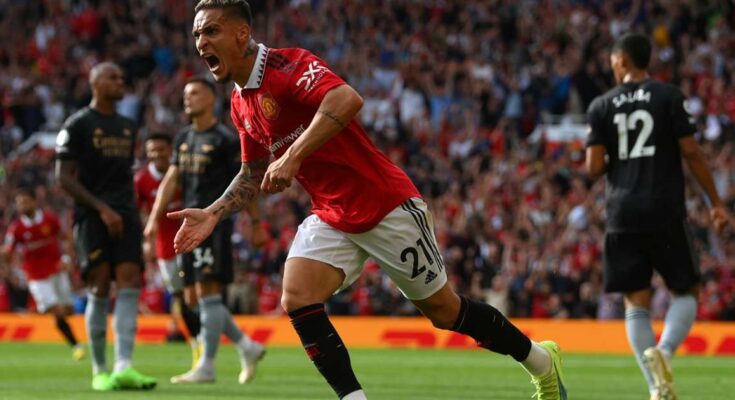 Antony marked his Manchester United debut with a well-taken goal against Arsenal on Sunday, becoming the first Brazilian to score on his Premier League bow for the club.

The £81.3m (€95m) winger, who joined from Ajax, latched onto Marcus Rashford’s well-timed pass into the slot after 35 minutes to give the Red Devils a 1-0 lead at Old Trafford.

Antony became the ninth Brazilian player to start for United in the Premier League.

At the age of 22 years and 192 days, Antony’s goal made him the youngest Brazilian to score on his Premier League debut for any team.

Casemiro became the eighth Brazilian to feature for United in the competition after joining from Real Madrid last month, but the midfielder is still waiting to make his first start for the club.