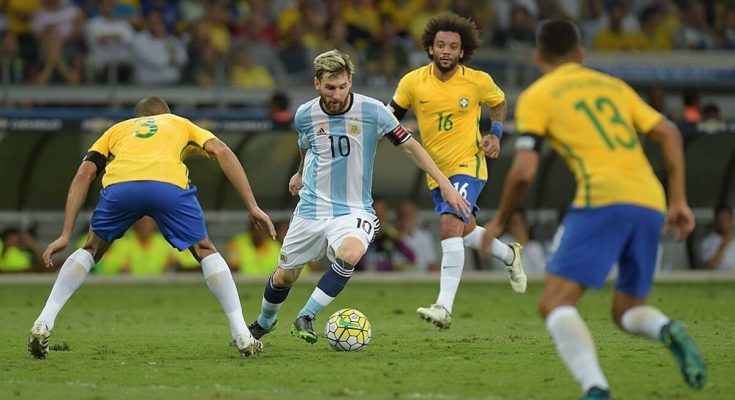 The FIFA World Cup is set to kick off in November and a number of records could be broken in Qatar, here are 10 to keep an eye on.

With the FIFA World Cup almost here, the eyes of the world will be on Qatar on November 21st as 32 countries will be vying for the most coveted trophy in all of sports. Big stars like Lionel Messi, Cristiano Ronaldo, Neymar, and our very own Christian Pulisic will be on display.

There are many statistics and records that are interesting when it comes to the World Cup, with some records being very difficult to break. For example, did you know that the world cup match with the lowest attendance was the match between Peru and Romania in 1930, which was played in front of 300 spectators.

Argentina, Brazil, and Uruguay have the dubious record that every time they receive a card it will continue to be a new one, Argentina has 123 yellow cards, Brazil 11 red cards and Uruguay has 9. Argentina and Brazil lead in these categories.

Brazil and Germany have played the most matches at the World Cup with 109, the team that goes the furthest in Qatar will break that record. England will play their 70th World Cup match and move into fifth place on the all-time caps list.

Mexico could break the record no one wants El Tri to lose at the World Cup 27 and could continue to hold that record if they lose the game. Lionel Messi is one game away from being part of the 20-game club, Messi has played 19 games.

Currently, no head coach who was not from the winning country has managed to win the World Cup. A curious record that could be broken in Qatar.

If Cristiano Ronaldo scores a goal in Qatar, he will be the only player to score in 5 different tournaments. France will be looking to avoid a first round exit as the champions have failed to get out of their group in the last three tournaments: Italy in South Africa 2010, Spain in Brazil 2014 and Germany in Russia 2018.