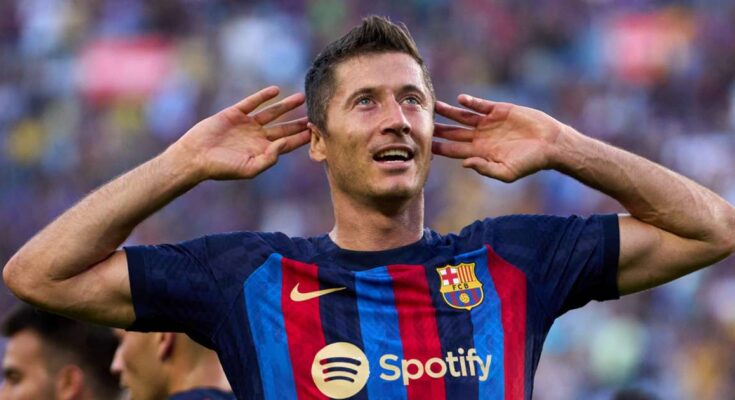 Barcelona head coach Xavi heaped praise upon “natural leader” Robert Lewandowski, highlighting other aspects of his game beyond the goals after the 4-0 win against Real Valladolid.

The recent acquisition from Bayern Munich made it four in a row to make it four from three games and was unlucky not to secure a hat-trick and hit the back of the net twice.

Lewandowski’s goals have always been the most valuable result of his lucrative move, but Xavi believes he will offer more than just his devastating impact in the final third.

“Apart from the goals, I would highlight his timing. Everything that the fan doesn’t see that much is extraordinary,” DAZN said.

“He’s a natural leader; what he sees, he says. It’s amazing how he’s adapted to the group. He’s a born worker, an example.”

After opening the campaign with a goalless draw against Rayo Vallecano, Barcelona secured back-to-back wins against Real Sociedad and Real Valladolid, scoring eight goals – more than any other side to complete three matches.

While Xavi made it clear that there were areas for improvement, he praised the team for a “remarkable” performance.

“Not perfect, but it was a great game. The first 40 minutes were very good. Then we eased up. We also started well in the second half,” he added.

“Overall, it was a perfect match, but not complete. You don’t have to relax and you have to keep pushing. We wanted to give back the illusion to the fans.

“It’s good for the team and the fans. We shouldn’t let up like we did at 2-0. I have to watch the game replay but there are things that need to be improved. There is no perfect game but it was remarkable. ” ”

Barcelona’s next test is against Sevilla before they open their Champions League campaign, having been handed a tough group that includes Bayern Munich and Inter.