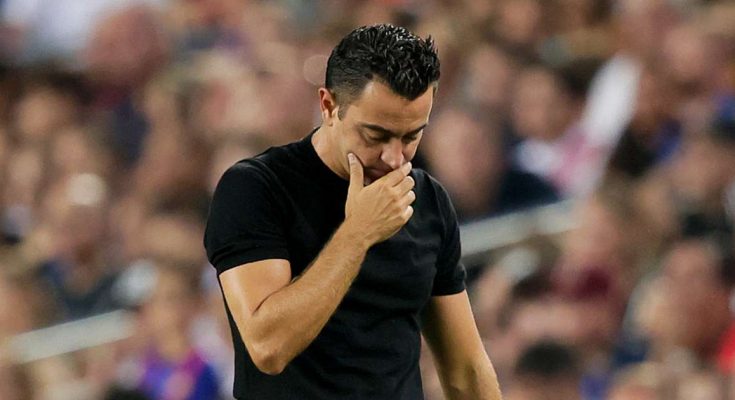 Barcelona head coach Xavi asked the fans for “patience” after his side were held to a goalless draw against Rayo Vallecano in the opening match of their LaLiga campaign.

The hosts dominated possession but were wasteful in the final third, hitting the target with just six of their 21 attempts on goal , though they did see two efforts chalked off by the linesman’s flag.

It extends Barcelona’s barren streak in LaLiga to three games without a goal or win, stretching back to the end of last season – the first time the club have had such a sequence since October 2003.

After weeks of uncertainty, the club were able to register new recruits Robert Lewandowski, Raphinha, Andreas Christensen and Franck Kessie, all of whom made their debuts in the draw, but the tame performance shows plenty of work is still to come.

Barca are yet to register Jules Kounde, signed from Sevilla, and continue to be linked with further additions before the transfer window closes on September 1 – with Xavi pleading with fans to trust in the club’s process.

“We wanted to show people that we’re on the right track because we’ve shown expectations, but it’s the beginning,” he said.

“We ask for patience and that people believe in this team. It is a disappointment today but it is the beginning and we must continue to believe in this game model that is the one that has to lead us to success.

“Because of the expectations generated, I think the team has been thicker, more tense. I tried to tell them that now the pressure is for me, for the coach. But Rayo has done a very good tactical job. The penalty is not having scored a goal. We must continue to grow.”

Barcelona travel to face Real Sociedad next weekend and plenty could change in the coming days, with new registrations required, further signings touted and the potential for departures.