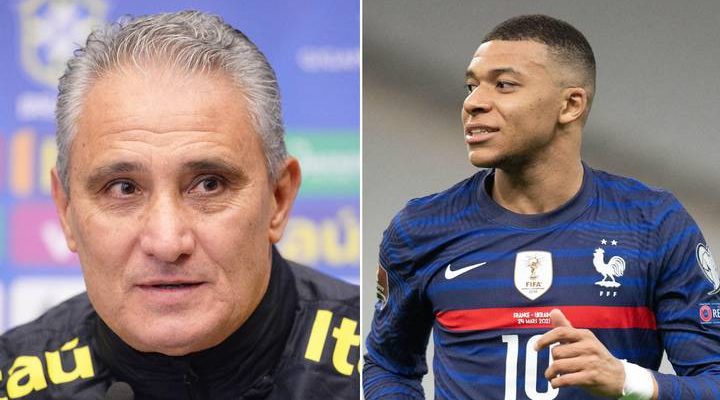 Brazil manager Tite has hit back at Kylian Mbappe’s claim that it is easier for South American teams to qualify for the World Cup than their European counterparts. Europe has dominated the most prestigious international football tournament in recent memory, producing the last four winners.

The South American side have not triumphed since 2002, when Brazil beat Germany in the final. The closest to ending this streak was in 2014 when Argentina lost to Germany at the last hurdle.

In May, Mbappe, who lifted the World Cup with France four years ago, offered an explanation for why South American sides have struggled, saying: “Argentina and Brazil don’t have the same level of competition in South America, football is not as developed as it is in Europe, so the last World Cup winners were Europeans.”

How has Tite responded to Mbappe’s claims?

Paris Saint-Germain’s Mbappe has already been criticised by Inter and Argentina forward Lautaro Martinez for his comments, and now Tite has become the latest footballing figure to question his views.

Tite added: “With all due respect, we don’t have Azerbaijan to play. We don’t have anyone to give you a break.

“The qualifiers here have a much higher degree of difficulty than the group stage [of the European qualifiers].”

Could a CONMEBOL team win the 2022 World Cup?

Brazil haven’t won a World Cup in 20 years, but that hasn’t stopped them from becoming favorites for this winter’s tournament.

However, they will face stiff competition from a number of strong European teams. Holders France and Euro 2020 finalists England are expected to do well, as are Spain and Germany.

Argentina are also being mentioned as potential winners, with Qatar 2022 likely to be Lionel Messi’s last World Cup.