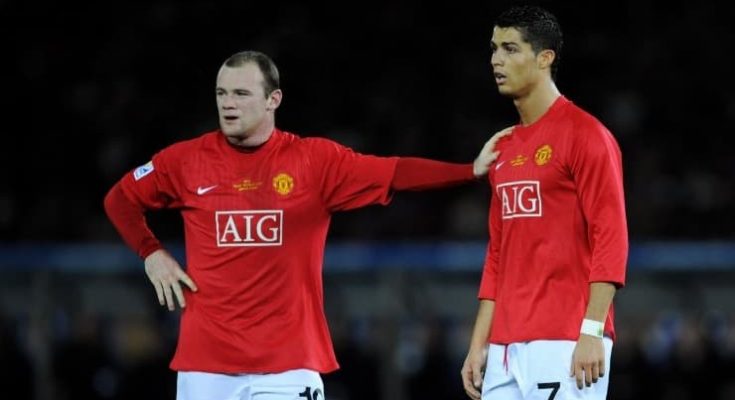 DC United head coach and Manchester United legend Wayne Rooney weighed in on what the Premier League club should do about Cristiano Ronaldo, who reportedly wants out this summer.

The 2022-23 Premier League is underway but Cristiano Ronaldo’s future remains unclear. The Portuguese star is believed to want to leave Manchester United to play in the UEFA Champions League this season, but there doesn’t appear to be any offer on the table for him at the moment.

Ronaldo, 37, reportedly feels his best chances of winning are no longer at Old Trafford and has asked the front office to consider offers for him. Chelsea, Napoli and even a return to Sporting CP have been mentioned as options for Cristiano.

However, it has been weeks since the rumors surfaced and he remains at United, although it is uncertain for how long. Club legend Wayne Rooney weighed in on the situation and suggested what the Red Devils should do with his former teammate.

“I think United should let Cristiano Ronaldo go. It’s not that Ronaldo can’t play in the Ten Hag team. He can play in any team,” Rooney wrote in a column for The Times. The former England star, who is currently at the helm of MLS side DC United, played alongside Ronaldo for five seasons in Manchester.

“Ronny will always give you goals. But my personal view is that United are not ready to challenge for the title now, so the aim has to be to build a team that can win the league in the next three to four years. You have to plan for that.”

Erik ten Hag has hinted that Ronaldo is in his plans, even though the striker did not start in Manchester United’s 2-1 defeat against Brighton on Sunday. Last week, Ronaldo was in the eye of the storm as he left the stadium before the final whistle during a friendly with Rayo Vallecano.

With just one year left on his contract, the 37-year-old doesn’t appear to have many options other than to stay and help United in their revival fight. Unless an offer comes in before the transfer deadline, it doesn’t look like he’s going anywhere.