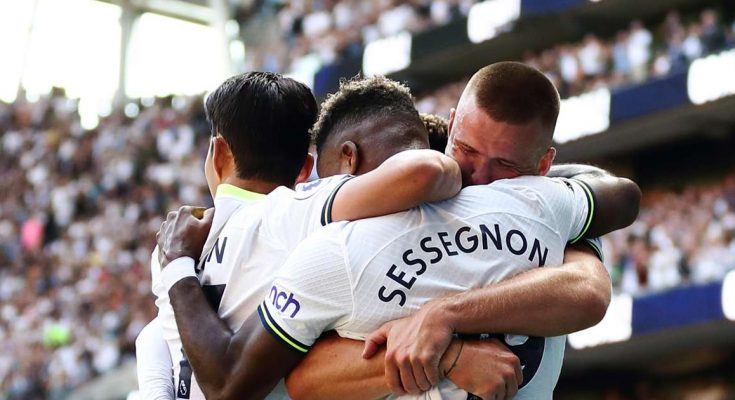 Tottenham fought back to beat Southampton 4-1 and get their 2022-23 campaign off to a winning start, with Dejan Kulusevski proving key.

Antonio Conte opted not to hand starts to his new players, five of whom were on the bench while Richarlison served a one-match ban, but the old guard proved fully capable on Saturday.

Further gloss was added in the second half when Mohammed Salisu turned the ball into his own net before Kulusevski capped a fine individual display with a goal as Spurs eased their way to all three points.

Southampton came flying out of the blocks and took the lead in the 12th minute when Moussa Djenepo clipped a cross past Ward-Prowse who finished in style.

However, Spurs were soon level, Sessegnon on hand at the far post to head home Kulusevski’s encouraging cross.

The hosts’ dominance paid off with a second 10 minutes later – Son Heung-min the provider as his corner was headed home by Dier.

With Spurs in full swing, Ben Davies tested Gavin Bazunu from distance and Son drilled over after dancing through the Southampton defence.

Any threat of a Southampton comeback was snuffed out in the second half when Emerson Royal’s cross was deflected into his own net by Salisu.

Kulusevski equalized for Spurs and proved a threat throughout, grabbing a deserved own goal just after the hour mark, cutting inside and sweeping home a left-footed shot to wrap up a statement victory for Conte.

What does it mean? Spurs show strength

Investing heavily in the transfer window, Spurs were able to sweep aside Southampton without relying on their new additions and a dominant play displayed the strength in depth that Conte has at his disposal.

While Kulusevski starred, Son also helped pulled the strings in the final third, creating four chances and contributing seven crosses – both of which were more than any other player.

A first-half assist was Kulusevski’s ninth since making his debut for Spurs in February, more than anyone else in the Premier League and only behind Barcelona’s Ousmane Dembele (11) across Europe’s top-five leagues in that time.

Adding his own name to the scoresheet in the second half, despite having a personal expected goals (xG) of just 0.08, the Sweden international’s showing suggests he can compete amongst the best across the continent, and Spurs new boy Richarlison might be hard pushed to displace him when he returns to the fold.

Spurs had three separate scorers and as many different players setting up a goal but Harry Kane’s name was not among them, with the England captain overshadowed by those around him.

Slow starts are nothing new for the striker, however, with Kane finding the net just once in nine opening day appearances in the Premier League.

Tottenham travel across London to challenge Chelsea at Stamford Bridge next Sunday, while Southampton host Leeds United a day earlier.