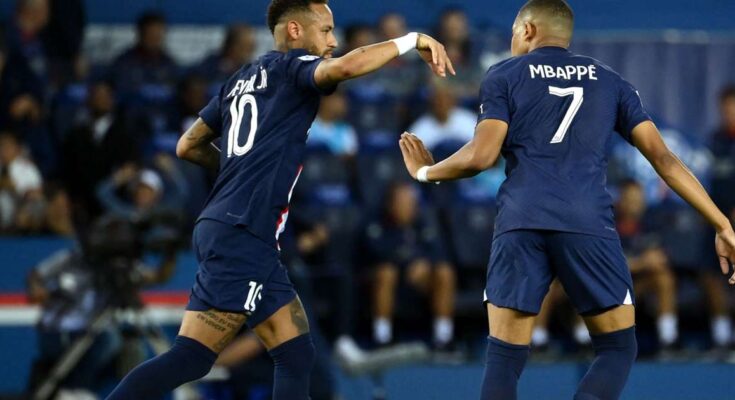 Paris Saint-Germain head coach Christophe Galtier was thankful for no more penalty drama after Neymar equalised from the spot in the 1-1 draw with Monaco.

Neymar and Kylian Mbappe clashed in the 5-2 win over Montpellier on August 13 after the France international tried to strip Neymar of the ball for a penalty after missing a free-kick earlier in the match.

The two reportedly resolved the issue after the game, but there was the potential for things to flare up again as PSG won another free-kick as they lost 1-0 at home to Monaco on Sunday.

Neymar won after being fouled by Guillermo Maripan and rose from the floor to fire home from 12 yards to equalize before celebrating with Mbappe.

And Galtier was happy that there was no more disagreement over penalty responsibilities, telling Prime Video: “In this game, Kylian Mbappe was the number 1 penalty taker and Neymar was the number 2.

“After speaking with Kylian, I saw that he was happy to congratulate Ney[mar]. That’s how it should be.

“They are great players, you can feel it in them. The important thing is that he scored a goal and that he came to congratulate Kylian.”