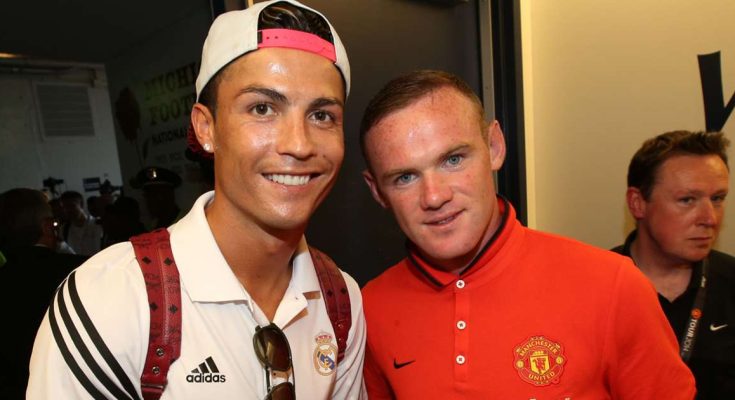 Manchester United have made a slow start under the Ten Hag, losing their first two Premier League games of the season, including a 4-0 drubbing at Brentford last weekend.

Much of the attention surrounding the troubles at Old Trafford has focused on Ronaldo, who reportedly wants to leave the club in search of Champions League football.

In a column for The Sunday Times, Manchester United top scorer Rooney expressed his belief that his former team-mate Ronaldo should be left out, having previously said he thought the club should agree to sell the Portugal international.

“The first priority is to just compete against Liverpool and try,” he wrote. “Do that and the fans will accept it even if United are beaten. Play like they did against Brentford and United will suffer an even worse result than their 5-0 defeat by Liverpool last season.”

“By the way, I don’t expect it to happen – I don’t see United winning, but I believe there will be a reaction and they will lose by the odd goal or even grab a draw.

“But I wouldn’t play Cristiano Ronaldo and I wouldn’t play Marcus Rashford. If I was in Ten Hag’s position, my main concern would be to get energy on the pitch and United’s inability to get a back nine means they have relied on Ronaldo. against Brentford, even though he didn’t train much with the team. He looked like he needed time to get match fit.

“As for Marcus, I think he needs to do a lot of soul-searching and figure out what he wants, for his own good more than anything else. Because he’s a real interest to watch: he looks like he wants to be anywhere but on the football field .I haven’t seen him smile on the pitch for a long time.His performances have dropped off – England haven’t picked him in over a year.

“I’m coming from a place where I want the best for him. He’s a lovely kid and a local lad who has come through the ranks at United and who everyone wants to see succeed.”

“But you look at the difference between Marcus now and when he first came into the team: the passion he showed, the smile on his face when he scored. It’s night and day.”

Rooney, whose DC United side suffered a 6-0 defeat at home to the Philadelphia Union in Major League Soccer on Saturday, also gave his opinion on United’s impending signing of Casemiro from Real Madrid.

The Red Devils were linked with a move for Frenkie de Jong from Barcelona during the transfer window, but last week turned their attention to the Brazil international, agreeing a fee of around £60m (€70.7m) with the European champions in principle. m).

Rooney is unsure if the 30-year-old is what his former club need, although he has admitted he is a talented player.

“Casemiro will not be eligible for the Liverpool match which is a shame as he will undoubtedly improve United,” he wrote. “He’s a good player. I’ve played against him and he’ll bring a bit of character, a bit of work rate, but is that exactly what United need? I’m not sure.”

“That goes back to the need to look to the future. Ideally, they should be signing players in their early to mid-twenties and Casemiro is similar to Christian Eriksen – someone who has been a good player, but do they want to help?” Frenkie de Jong, Ten Hag’s main midfield target, would be a better fit.

“The Casemiro deal seems to have come out of nowhere and looks like a reactive signing – I’d be surprised if he was a priority player to bring in when The Hag arrived. Looks like I failed to sign De Jong.” United have just responded to Casemiro being available.”