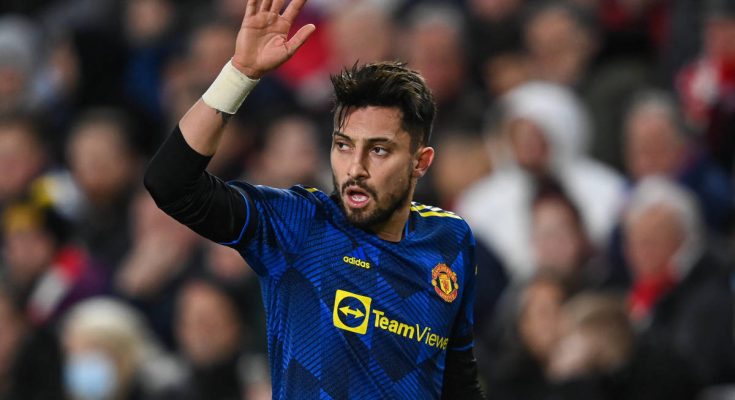 Manchester United full-back Alex Telles is closing in on a departure from the club, with Sevilla in advanced talks to take the Brazilian on loan.

Telles arrived at United from Porto in 2020 to provide competition to first choice left-back Luke Shaw. His time at Old Trafford has been underwhelming and new United manager Erik ten Hag has identified the player, 29, as one available for transfer following his arrival earlier this summer.

manchester united have already signed Tyrell Malacia from Feyenoord to add competition in the left-back role, with Telles now firmly established as a third choice. Malacia is expected to provide sterner competition to the England international in the opening months of the season, having already been identified by Ten Hag as a strong prospect during their time in the Eredivisie.

Sevilla are closing in on a deal to take Telles on loan, though United will help facilitate the move by paying a part of his wages. Sevilla’s first choice for the role at left-back was former player Sergio Reguilon, who is currently with Tottenham Hotspur.

Sevilla have found the deal for Telles far easier to pull off, especially with Manchester United’s help. Nice have also asked about Telles but United have a good relationship with Sevilla sporting director Monchi, and progress on the deal so far has been smooth.

Monchi admitted at the weekend to La Colina de Nervion that left-back, along with centre-back, are priority positions for Sevilla, saying: “We will do what we can with a limited economic situation and limiting ourselves to the salary limit of La Liga.

“I hope that both positions are reinforced for next week. There are actions carried out by players that will allow us to maintain the level of the squad. Afterwards, we will continue working so that on August 31 the competitive level remains high despite the departures of important footballers such as Jules [Kounde] and Diego Carlos.”

He added to Estadio Deportivo: “There are names, nothing is closed yet, but progress has been made.”

Eric Bailly is also the subject of interest from Sevilla, though the player is a high earner at United and a deal may be more difficult to pull off.

Bailly is one of a number of defensive players United could offload before the close of the transfer window, with Axel Tuanzebe, Phil Jones, Brandon Williams and Aaron Wan-Bissaka are all available for transfer too.

Manchester United are also busy on incomings, with no movement yet on a deal for Barcelona’s Frenkie de Jong. 90min provided an update to the club’s pursuit of the Dutchman on Monday, amid interest from Chelsea.