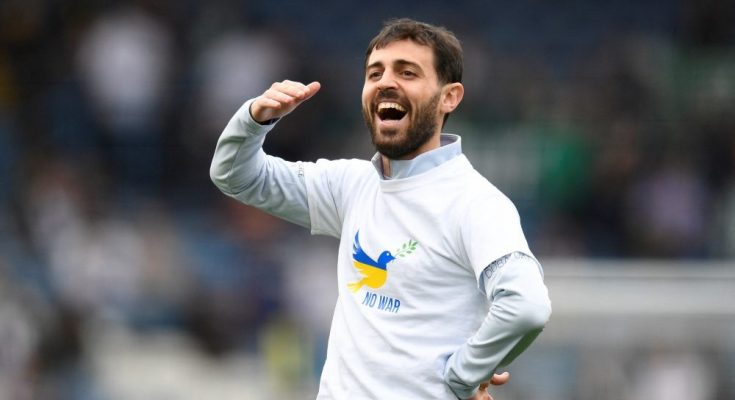 Sergio Aguero would be surprised if Bernardo Silva leaves Manchester City for Barcelona, but believes the midfielder could play a key role in Xavi’s rebuild if a move goes through.

Silva made 50 appearances for City in all competitions last season, surpassed only by Joao Cancelo (52), scoring 13 goals and providing seven assists.

Only Kevin de Bruyne (129) and Jack Grealish (78) created more chances for City than Silva last term with 76, but he could be on the move after declaring this week that the Premier League champions “know what I want”.

Aguero – Silva’s team-mate before leaving City for Barcelona in 2021 – is unsure if the move will go ahead but believes the 28-year-old would be a perfect fit for Xavi’s new look.

“Bernardo is a great player. He carries the ball, he makes sacrifices, he has the quality to assist and score goals and he can play in different positions,” Aguero told Stake.

“I would be surprised if City let him go. He is a player who contributes a lot every season, but anything is possible.

“If he finally arrives at Barca, then he will be someone who can be key to the possession game that Xavi likes.”