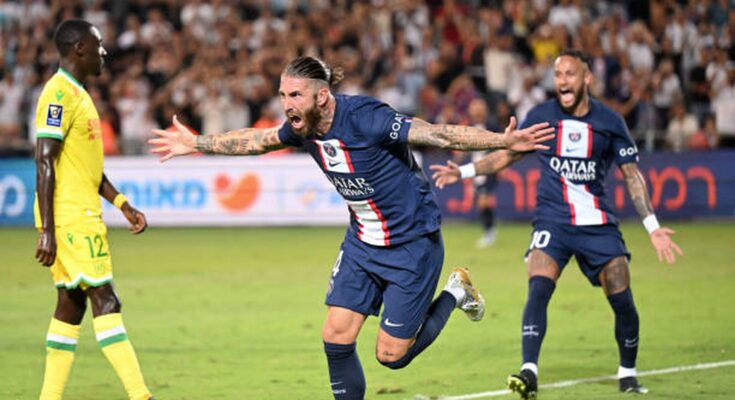 After an injury-hit first season at Paris Saint-Germain, Sergio Ramos seems as though he is taking significant steps towards rediscovering his form this year.

The former Real Madrid centre-back has openly admitted that he finally feels comfortable at PSG after a campaign in which he did not enjoy much playing time.

“When you get on the pitch, you see everything differently. Eventually you adapt and it’s good to have experiences and get to know other cultures.

“Paris has welcomed me very well, the fans and the people, so I’m very happy that I’m getting affection from other countries.”

After scoring 17 goals and winning all of their first three Ligue 1 games this season, PSG were held to a 1-1 draw at home to Monaco and Ramos believes the team must continue to improve.

“In the end, it shows you that there are no easy opponents, it looks like you can beat any opponent, but the teams make it difficult for you,” added Ramos.

“It’s important to keep winning. We would have liked to get all three points, but it wasn’t to be.”

“There are things we need to improve as a team and constantly adapt.

“I’m not at all happy [with the result], but coming back, even though we were losing, is always positive.

“We have to keep growing, keep improving and we have to think about the next game.

Ramos claimed he was comfortable with the three-man defense that coach Christophe Galtier installed following his appointment at the start of the summer.

“I feel good, it’s the formation we’ve been working on since the start of the preseason,” Ramos noted.

“We feel good about giving confidence and defensive stability up front.

“Little by little we will get to know each other better, we will use our defensive virtues to benefit forward.”