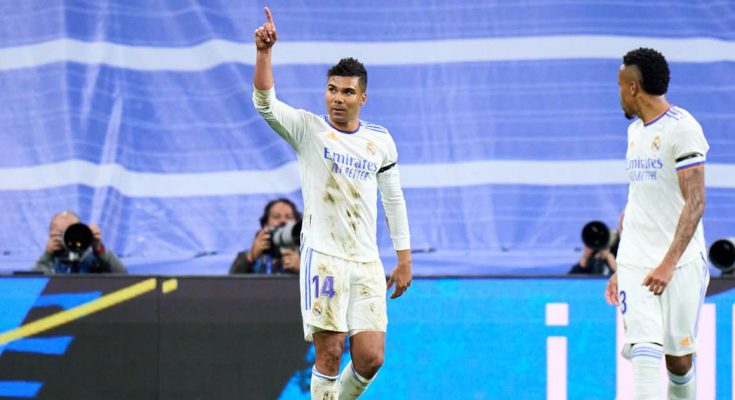 Real Madrid have expressed “gratitude and appreciation” to “exemplary player” Casemiro ahead of his move to Manchester United.

United have agreed a fee of £60m plus £10m in add-ons to bring the midfielder to Old Trafford.

The Brazil international is set to sign a four-year deal with the Red Devils, who are bottom of the Premier League after losing their first two Premier League games under new boss Erik ten Hag.

The 30-year-old will address the media in Real Madrid City’s press room on Monday, with president Florentino Perez in attendance as the LaLiga champions bid farewell to the long-serving goalkeeper.

Madrid paid tribute to Casemiro after confirming a deal with the Red Devils on Friday.

A statement on the club’s official website said: “Real Madrid would like to express its gratitude and appreciation to Casemiro, who is part of the club’s history.”

After the European champions listed his numerous honors during his time in the Spanish capital, he added: “Apart from this great list of achievements, Casemiro will always be remembered by Madrid fans as a representative of our club’s values. An exemplary player who gave everything for Real Madrid.

“Real Madrid is and always will be his home and we wish him and his entire family the best of luck in this new chapter of his life.

With United facing Liverpool on the same day as Casemiro’s press conference in Madrid, his debut could come at Southampton in a week’s time on Saturday.