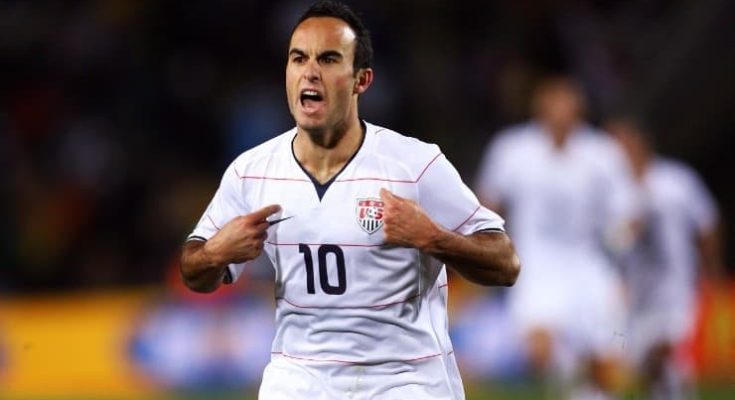 With Qatar 2022 fast approaching, join us for a trip back in time to remember the players who have made the name of the United States stand tall in FIFA World Cup history. These are the top American scorers.

The history of the United States and the World Cup is the history of a novel with a passionate beginning, the flame of which gradually died out. At Qatar 2022, Team USA is looking to revive it with perhaps one of the best rosters in its history.

The names Christian Pulisic, Weston McKennie, Gio Reyna, Zack Steffen, Tim Weah, Ricardo Pepi and company are in charge of not only reminding but surpassing the legacy of historical names like Landon Donovan, Eric Wynalda, Marcelo Balboa and Kasey Keller, among others.

The history of the Stars and Stripes was supported by the contribution of key men whose goals made the dream of an entire nation, a nation that showed that football has a place in its heart filled with very popular sports. These are the United States’ top scorers in FIFA World Cup history.

USMNT performance at World Cups ahead of Qatar 2022

Of the 21 World Cups played in its 92-year history, the United States has played in less than half, just 10 editions. They reached their zenith very early, reaching only third place in the first year, Uruguay 1930, where they showed their class with victories over Paraguay and Belgium.

After knocking out Mexico in the qualifying rounds, he played in the 1934 World Cup where Italy, the hosts and eventual winners of the edition, knocked him out in the first round. Skipping the 1938 edition, it played the first post-war World Cup in 1950, where it finished 10th.

From that moment on, an era of darkness reigned over the USMNT. It would be forty long years before an American team would compete again in the FIFA World Cup, and that happened in Italy in 1990, where they finished second to last after losing their three games in the group stage.

So came the 1994 edition, which was organized on American soil, where there was a clear improvement, but not enough to re-reach the heights reached at the FIFA World Cup Uruguay 1930. In fact, of the 7 consecutive editions played by the United States, only in Korea-Japan 2002 managed a top 10 finish (including an excellent elimination of Mexico in the round of 16).

Russia 2018 pulled the ghosts of the second half of the 20th century out of the memory box. The USMNT was out of the World Cup again. So with hopes renewed, Qatar 2022 looms on the horizon for the Stars and Stripes as they look to capture the generation of young and talented players who compete week in and week out in the world’s best leagues.