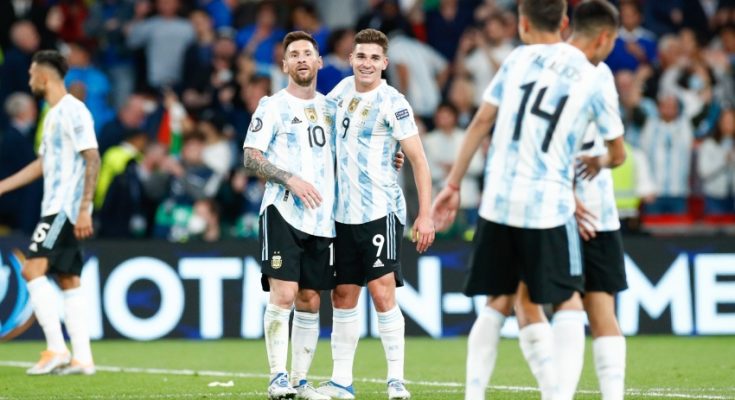 If you are a Lionel Messi fan and you still don’t have tickets for the upcoming FIFA World Cup but you are hoping to attend all of his matches, there is bad news: you won’t be able to. Discover the PSG and Argentina star’s matches in Qatar 2022 for which tickets are already sold out.

When FIFA announced that 2.4 million tickets had already been sold for the upcoming Qatar 2022 World Cup, it confirmed what was already on the horizon. If you don’t have tickets yet, there’s less and less chance to be there.

And while there is still hope to get a ticket for Qatar 2022 in the last stage of sales or on the official FIFA sales platform, there is a door that has already closed for good. One that many fans would dream of crossing, with Lionel Messi’s Argentina national team on the other side.

Which Argentina matches are sold out?

Qatar 2022 FIFA World Cup Organizing Committee Director General Nasser Al Khater revealed to Qatar’s national news agency QNA that there are two matches for which tickets are no longer available. Both include Argentina, one of the favorites for the title, and obviously Paris Saint-Germain star Lionel Messi.

Matches 1 and 2 of the Albiceleste in Qatar 2022 have already definitively closed their access doors to other fans: Argentina vs. Saudi Arabia and especially Argentina vs. Mexico sold out their quota of 80,000 people each (the game will be played at the Lusail stadium).

If you are Argentine or a passionate fan of this national team, you should hurry, because you will have the chance to attend only 1 match of Qatar 2022: the third match in which the team will face Robert Lewandowski’s Poland, a match in which the direction of Group C could already be defined or promise an all-out battle to reach the round of 16.