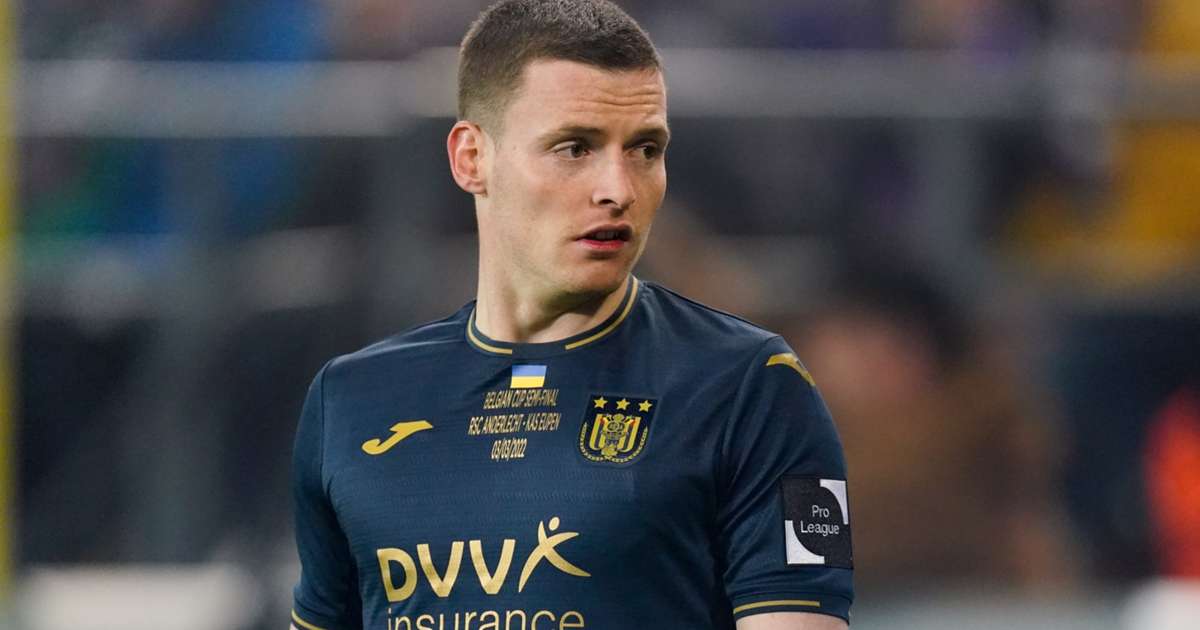 Pep Guardiola revealed Sergio Gomez will compete for a place in Manchester City’s first team as he confirmed reports the Premier League champions are set to sign the young left-back.

City have reportedly agreed an £11m (€13m) deal to sign the 21-year-old from Anderlecht, who missed out on Marc Cucurella to Chelsea earlier this month.

Guardiola has been chasing another left-back to take on Joao Cancelo since Oleksandr Zinchenko left for Arsenal, with Atletico Madrid’s Renan Lodi and Wolves’ Rayan Ait-Nouri also potential targets.

While some have suggested that Gomez represents a development project, Guardiola is confident of his ability to contribute immediately.

“You know the club is always working on many options and chances in all positions and this one goal is a young player,” Guardiola said ahead of City’s Premier League game against Bournemouth on Saturday.

“At the 2017 U17 World Cup years ago Phil Foden was the best player and he was the second best player in that tournament, then he played for Spain under 21s.

“He was a young talented player from the Barcelona academy, he went to [Borussia] Dortmund and didn’t get many minutes and last year he played in the good hands of Vincent Kompany at Anderlecht and played really well.

“We’ve got our sights set on him and we could bring him here.

Asked if Gomez was one of them for the future, Guardiola said: “No, for now he will stay with us and be alongside Joao at left-back.”

Full-backs play a vital role in Guardiola’s team, with Cancelo’s ability to drift into midfield seen as key.

Playing this way, Cancelo has recorded seven Premier League assists in 2021-22 – bettered only by Gabriel Jesus and Kevin De Bruyne (both eight) among City players – and created 36 chances from open play.

He also topped the club’s charts for passes completed in the final third (1,112 – more than 300 more than second-placed Bernardo Silva’s 769).

Cancelo and Kyle Walker impressed as City enjoyed more than 75 per cent of possession in a routine win at West Ham last Sunday and Guardiola highlighted the way his full-backs must adapt to different opponents.

“Last season, with a proper striker with Gabriel or Raz [Raheem Sterling], or a false nine, we played that too.

“The way we attack depends on how they defend. It’s different attacking a back four or five, seeing how the wings behave, defending narrow or wide – it affects your attack.”

“You have to adapt. Since I would say at Bayern Munich, especially in the second season, I have always used it many times.