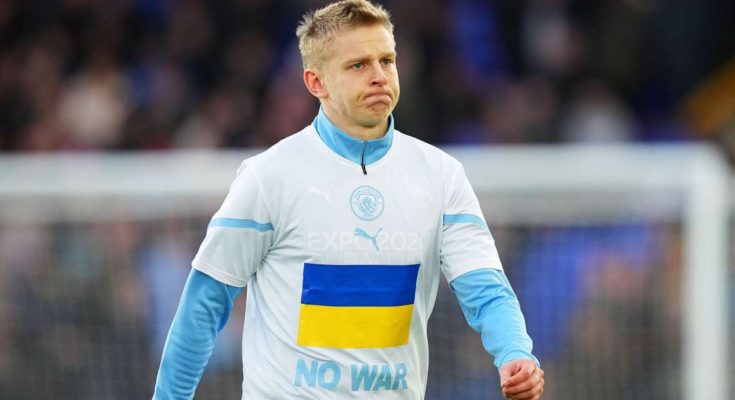 Arsenal and Ukraine star Oleksandr Zinchenko believes the return of top-flight football in his home country is important for “all Ukrainian people” following Russia’s invasion.

Shakhtar Donetsk and Metalist 1925 played on Tuesday in what was the first official match played in Ukraine since the Russian invasion six months ago.

After this 0-0 draw, three more matches were played, with two more originally scheduled for Wednesday

But football in Ukraine is not completely back to normal, with all matches being played behind closed doors in the capital Kyiv or in the west of the country, with air sirens being used in case of potential danger.

Sirens were heard on several occasions during the suspended match between Rukh Vynnyky and Metalist Kharkiv on Wednesday, Ukraine’s Independence Day.

Despite the risks, Zinchenko believes allowing football to resume is a step in the right direction and could boost morale in a country that has been under siege for half a year.

“It’s important for the country and all the Ukrainian people because nobody was prepared for this situation,” he told Arsenal’s official website.

“People are still suffering and we have to fight every day everywhere, but we have to move on, live our lives and carry on.

“People deserve the lives they had before. I would like to thank the Ukrainian Federation and President [Volodymyr] Zelensky, who said we need to play our competition in Ukraine.

“I know it won’t have the best facilities, but we have to continue and that’s the most important thing for all Ukrainians. I can’t wait and if possible I’ll watch all the matches.

“It’s hard for me to imagine how it will be. There could be a siren and the players should stop at some point, but it’s so important to show the rest of the world that the Ukrainian people don’t give up and they keep going in any situation. It’s all about our people.”