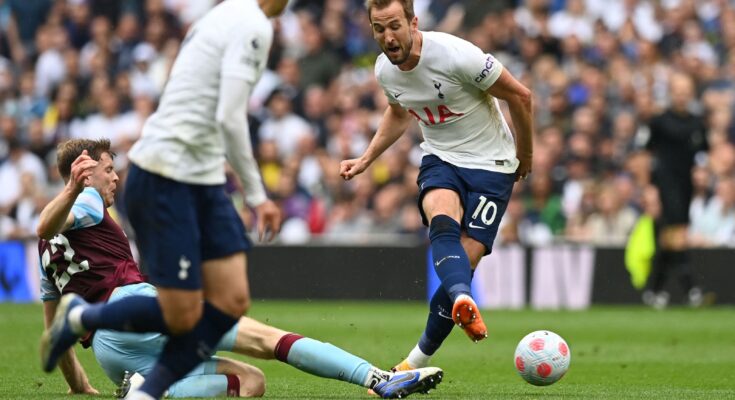 Harry Kane scored twice and missed a penalty as Tottenham maintained their unbeaten start to the Premier League season with a 2-0 win at Nottingham Forest.

Kane finished behind Dean Henderson to score the 200th league goal of his career early on, although Spurs were forced to withstand long periods of pressure as Forest put on a lively show.

Antonio Conte’s side should have made the points safe in the 55th minute when Steve Cook made a bizarre own-goal save, but Kane’s spot-kick was well saved by Henderson to his right.

Yet Kane made amends when he nodded home Richarlison’s cross in the 81st minute, making the Spurs striker joint third-highest scorer in the Premier League in the process.

Tottenham needed just five minutes to hit the front with a quick counter-attack as Kane took Dejan Kulusevski’s pass in his stride before firing into the bottom left corner from 18 yards.

Kane was almost joined on the scoresheet by Son Heung-Min when he hit the crossbar 10 minutes later before the England captain fired a low shot just wide of the bottom right corner.

But Forest were giving as good as they got, going close before the break thanks to long range efforts from Lewis O’Brien and Morgan Gibbs-White.

Forest should have leveled when Ryan Yates headed Gibbs-White’s cross just wide but were then indebted to Henderson for his second penalty save of the season when he denied Kane after Cook’s hand.

However, the Manchester United loanee’s heroics were ultimately for naught as Richarlison’s off-foot cross provided Kane with a simple finish to wrap up a victory that marked Tottenham’s best start to a season since 2009-10.