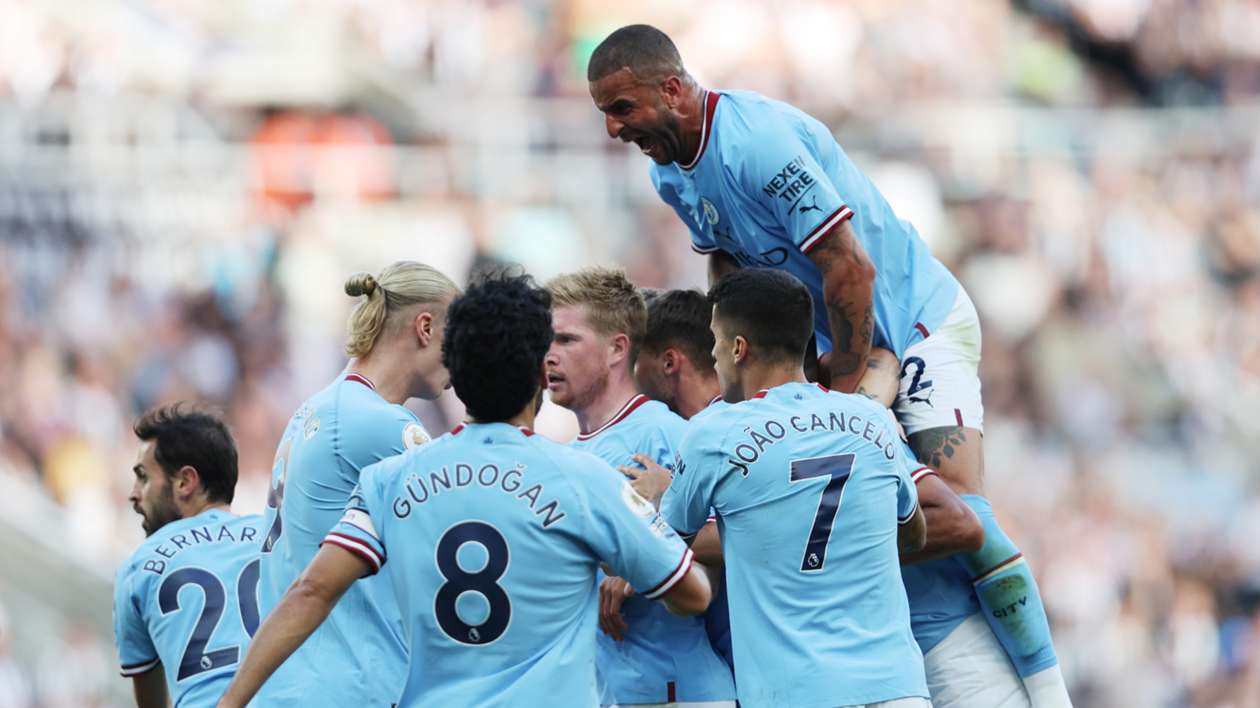 Bernardo Silva and Erling Haaland scored as Manchester City came from two goals down to salvage a 3-3 draw in Sunday’s Premier League thriller with Newcastle United.

The reigning champions had started their latest title defence with back-to-back wins without conceding and took a fifth-minute lead at St James’ Park through Ilkay Gundogan.

However, Miguel Almiron levelled up with a goal awarded after a VAR check and Callum Wilson had Newcastle – themselves still unbeaten – in front prior to half-time.

Kieran Trippier’s stunning free-kick put Newcastle further ahead, but Haaland pulled one back and Silva equalised soon after to ensure the points were shared.

Newcastle had kept back-to-back clean sheets but were caught cold early on, with Gundogan left in plenty of space to control Silva’s clipped pass and fire home.

Kevin De Bruyne was twice denied by Nick Pope, though Newcastle levelled up when Almiron met Saint-Maximin’s cross with his thigh and bundled past Ederson.

After Almiron’s celebrations were cut short by an offside flag, a VAR check determined Joao Cancelo had kept the Newcastle attacker onside and the goal was allowed to stand.

The hosts led by the interval through Wilson’s well-taken strike past Ederson following more good work from Saint-Maximin.

Pope produced a fine fingertip stop to help Haaland’s shot onto the post early in the second half, shortly before Trippier’s sublime 30-yard free-kick found the top-left corner.

City gave themselves hope thanks to Haaland’s volley after anticipating Rodri’s knock-down inside the box.

That set up a tense final 25 minutes, in which Trippier was shown a red card for a cynical challenge on De Bruyne before the decision was downgraded to yellow, though there was to be no winning goal.