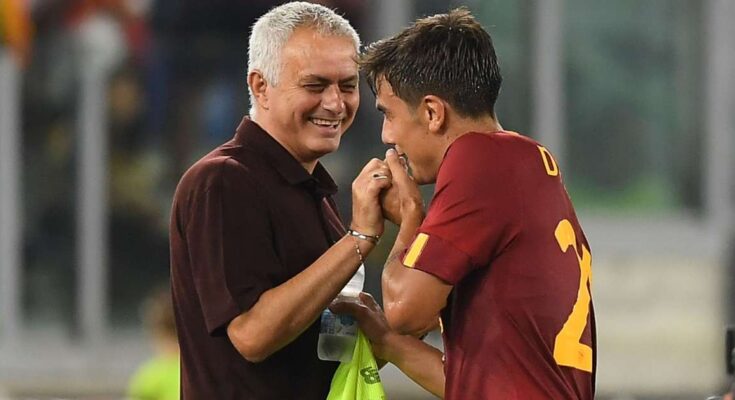 Paulo Dybala’s fine performances for Roma are good news for Argentina with the 2022 World Cup on the horizon, according to Jose Mourinho.

Dybala’s two goals against Monza on Tuesday – his first for Roma – fired the Giallorossi to the top of the Serie A table with a 3-0 win.

The forward, signed from Juventus this transfer window, has not scored more than once in a Serie A game since April 2018.

But that brace took Dybala to 100 goals in the competition for his career; he is just the eighth player since 2004-05 to reach 100 goals and 50 assists.

Roma boss Mourinho is working to keep Dybala in top form as he has started all four games so far this season but has been substituted in each.

Dybala never made 30 league appearances for Juve in one season, too often plagued by injury problems that also affected his international career.

In this form, Dybala will have a key role to play for Argentina in Qatar in November, with Mourinho expecting a thank you from Albiceleste coach Lionel Scaloni.

“In the other games he sometimes didn’t manage to pull off the things he wanted, but he never showed a bad attitude,” Mourinho said of Dybal after the Monza game. “Great.

“For me, there can be times when a talented player helps his side, but at the same time he’s a bit isolated from it.

“But with us, Paulo is a big talent who also plays for the team and with the team. Right now, when it comes to the defensive side of the game, he’s doing a great job for us – and that’s not something he was born to do.” do.

“When he left today, he said to me: ‘Boss, if I had continued I would have got third.’ I told him: ‘Against Udinese instead!’

“It’s important to manage him a bit because he’s been a bit unlucky with injuries in the past and he didn’t play much last season. Right now his level is improving.

“He is great for us and I can already see what will happen in Qatar. Maybe the Argentine coach should offer us a bottle of wine.”

Dybala scored only three goals in 34 games for Argentina; he started just one game at a major tournament and was limited to 77 minutes in the 2022 World Cup qualifiers.