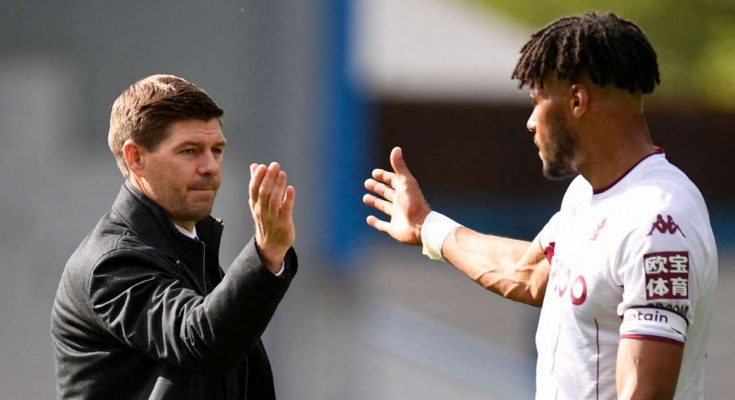 Steven Gerrard’s thoughts on the absence of defender Tyrone Mings should not have been made public by the Aston Villa head coach, believes former player Micah Richards.

The England defender has been relieved of the Villa captaincy heading into the new Premier League season and has been handed the armband for the 2022-23 season by midfielder John McGinn.

And Mings missed the season opener at former club Bournemouth, where Villa suffered a 2-0 defeat against newly promoted Cherries.

Afterwards, Gerrard said he would pick Mings again if he “looks me in the eye and shows he’s ready to play”.

But Richards, who was a Villa player when Mings first arrived at the club, suggested Gerrard’s comments threw his former team-mate “under the bus”.

“I’m amazed to be honest because Mings seems to be loved in the dressing room and the Villa fans seem to love him too,” Richards told BBC Radio 5 Live’s Monday Night Club.

“He tweeted when he lost the captaincy and he seemed to take it well.

“It’s not like Gerrard… he threw him under the bus a bit there. Normally you agree with everything Gerrard says – he’s straight to the point, he’s direct and he’s a manager who will deal with anything internal to the dressing room.

“But he’s kind of shown that there’s a bit more to it, to be honest. No one would take well to lose a captain, it’s just a natural reaction.

“I just feel for both Mings and Gerrard they could have kept it in.

“Maybe Gerrard was frustrated because they had just lost the game and he was asked a question so he answered honestly, but normally he leaves it between the group. It’s very interesting.”