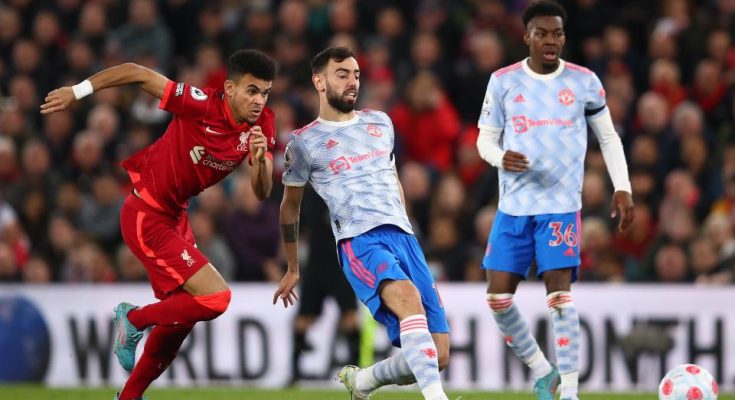 Manchester United vs Liverpool is always a huge clash in world football but this one is even bigger as both are yet to win in the Premier League.

The two heavyweights have struggled early on with United losing both of their games and Erik ten Hag already under serious pressure after the shocking nature of their 4-0 defeat at Brentford last time out.

Jurgen Klopp’s Liverpool have drawn their opening two games of the season and amid injuries piling up and some defensive issues, the Premier League title candidates need to kickstart their season with a big win against their bitter rivals.

Look, Erik ten Hag is a man who loves to stick to his philosophy and way of playing out of the back in a 4-3-3 system. But I think given Liverpool’s prowess as a high-pressing juggernaut, all of that has to go out of the window for this specific game. ETH probably knows that too. That is why I can see United going with three center backs which essentially becomes five at the back.

Varane, Maguire, and Martinez could work well as a three and it would give Martinez more protection after his rough start to life in the Premier League. Out wide it is the flip of a coin between Malacia and Shaw but the latter looks to be lacking fitness and confidence, so I’d go with Malacia from the start. In midfield Fred and McTominay will deliver the bite needed if United play what is essential a 3-6-1 formation.

Eriksen and Fernandes ahead of them will help them keep the ball, while up top I’d expect Cristiano Ronaldo to start given his penchant for pulling off incredible moments in big games. Marcus Rashford and Jadon Sancho could be sacrificed as United should go for a more pragmatic approach. Erik ten Hag may stick to his guns and play an attacking 4-3-3 but I think he’d be silly to do that from the start. United’s aim must be to get to the 60th-minute level and then they can throw more caution to the wind.

Well, Jurgen Klopp doesn’t have a lot of options with nine injuries and a suspension to Darwin Nunez ravaging his squad. The back four picks itself and I’d bring in Joe Gomez for Nat Phillips after the latter made a poor mistake to allow Wilfried Zaha to score last time out.

In midfield, the trio of Jordan Henderson, Fabinho, and James Milner have tons of experience to dominate this area, while Naby Keita could come off the bench as he comes back from injury and illness. Up top the only change is Roberto Firmino coming in for the suspended Nunez. If Firmino isn’t fully-fit as he’s just come back, perhaps Klopp will start with Harvey Elliott or Fabio Carvalho up top?