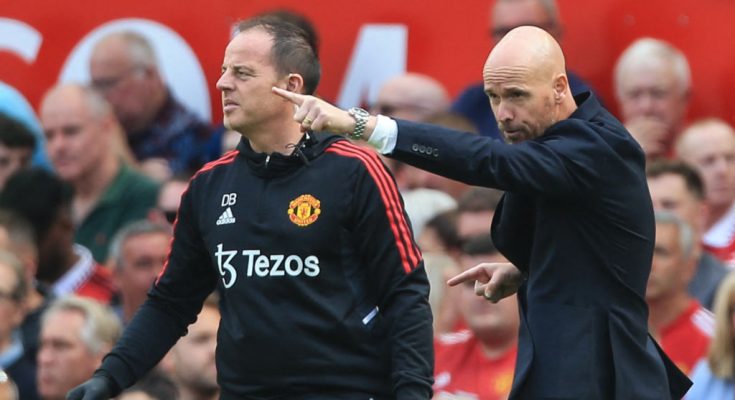 Manchester United showed it will take much more than one pre-season to become a force again as Erik ten Hag’s era as manager began with a chastening 2-1 home defeat by Brighton and Hove Albion.

The atmosphere at United appeared to have improved from pre-season, but their performance on Sunday was little better than the crushing football regularly served up under Ralf Rangnick.

Manchester United struggled with Brighton’s fluidity and the visitors deservedly found themselves two up at half-time when Pascal Gross – twice the winner against the Red Devils – netted the boost.

Cristiano Ronaldo – on the bench due to lack of fitness – made the difference in the second half and Alexis Mac Allister’s chipped own goal halved the deficit but Brighton held on for their first win at Old Trafford.

There were warning signs within 20 seconds when a mistake by Diogo Dalot led to Leandro Trossard crashing into the side netting.

As Brighton’s confidence continued to grow, Danny Welbeck inspired the opening half hour of play when he slotted the ball across goal for Gross to tap home at the back post.

Gross was again in the right place at the right time nine minutes later, beating Fredo to the rebound and converting after David de Gea parried Solly March’s shot.

Ronaldo’s introduction just after the break didn’t change things much at first, with United fortunately avoiding conceding a penalty when debutant Lisandro Martinez slotted past Welbeck.

However, the Portuguese forward set himself up with a great chance when he picked out Marcus Rashford, who was denied from close range by Robert Sanchez.

But the Brighton keeper was at fault as Manchester United pulled one back, bringing down Mac Allister as he tried to clear off the line.

United’s late flurry failed to produce an equaliser, however.