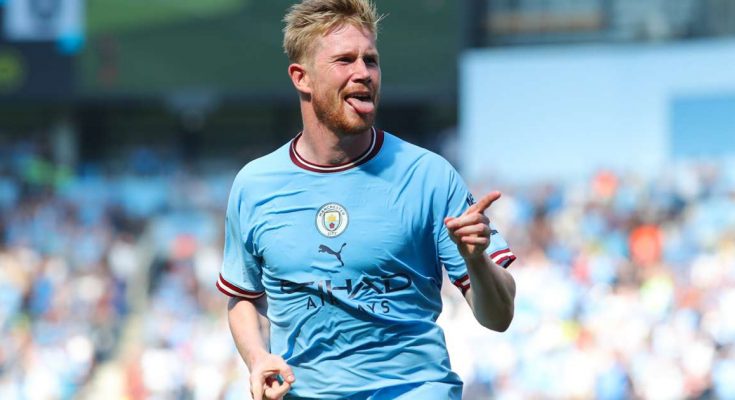 Kevin De Bruyne pulled the strings for Manchester City in the Premier League on Saturday as he guided the champions to a 4-0 victory over Bournemouth.

The Belgium international scored one goal and assisted another as Pep Guardiola’s hosts produced a spectacularly balanced performance at the Etihad Stadium in their first home game of the season.

Phil Foden equaled the playmaker’s involvement with a double-goal contribution of his own, while Ilkay Gundogan was also involved against an outclassed Cherries side, helping City with an own goal to complete the scoring.

Scott Parker’s men won their first of the season in the top flight against Aston Villa last weekend, but it was a significant step up.

A fierce start from City forced goalkeeper Mark Travers into a clutch of close-range stops, but Gundogan rose to the occasion when he played a superb one-two with Erling Haaland to get to the box and fire home a low finish.

De Bruyne doubled the home side’s lead just after the half-hour mark, taking on the Bournemouth defense before curling a shot from the outside of the boot into the far corner.

And two soon became three when Foden’s shot eluded Travers after some fine work down the left from De Bruyne.

The half-time whistle gave the visitors a much-needed reprieve, but they continued to struggle to match City’s strength, who dominated possession throughout.

In scorching conditions, Guardiola’s men performed more freely after the break, although a fourth goal eventually followed when the irrepressible Joao Cancelo saw a square ball deflected into the net by Jefferson Lerma.