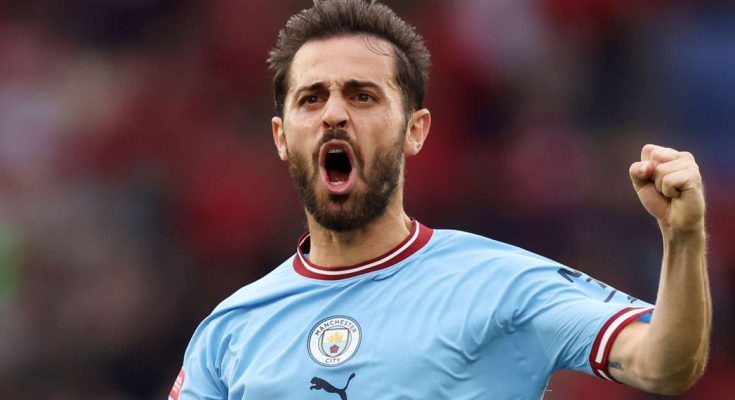 Bernardo Silva’s future at Manchester City has been the subject of speculation throughout the transfer window.

The 28-year-old has three more years left on his contract with the reigning Premier League champions.

Despite this, there have been rumors of interest from elsewhere, although City manager Pep Guardiola is desperate to keep him at the club.

Manchester City are ready to offer Bernardo Silva a new contract to ward off interest from a rival, according to the Sunday Star.

Both Barcelona and Paris Saint-Germain have been linked with the Portuguese midfielder in recent months.

City slapped an £80m price tag on Silva to retain his services but are now ready to offer him a lucrative new long-term deal.