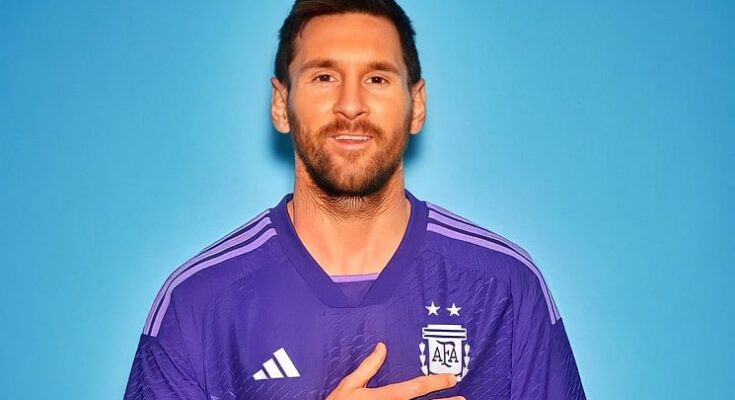 Adidas have released pictures of Lionel Messi and Paulo Dybala wearing the new Argentina national team away shirt for the World Cup.

Lionel Messi and Paulo Dybala are both signed to Adidas and are the first two to be fully shown in the new Argentina national team away shirt which will be used in Qatar. As we reported, the rumored colors of purple have been confirmed.

The jersey is designed by Adidas and will be worn by the defending Copa América champions during the main event later this year. Roy Nemer shared the images of the new kit.