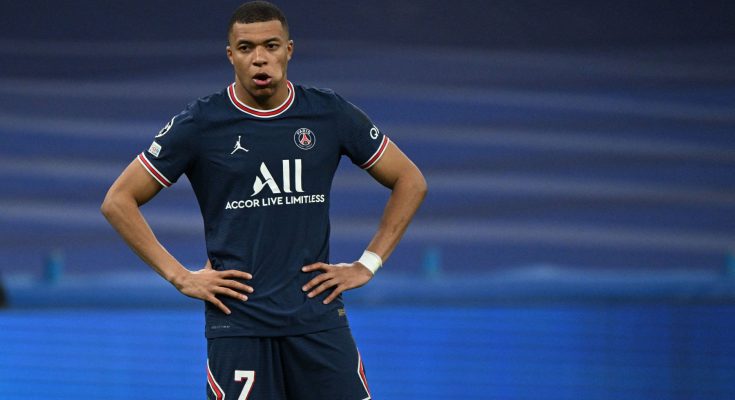 Louis Saha is frustrated by the behaviour of Kylian Mbappe, who the former Manchester United striker says is sending “the wrong message”.

Mbappe was criticized for his performance in Paris Saint-Germain’s 5-2 win over Montpellier last week.

The striker, who signed a lucrative contract to stay at PSG for another three years in May, snuffing out interest from Real Madrid, was upset on his first start of the season.

He missed a penalty in the 23rd minute, but he soon created the first goal when his low cross was turned into his own net by Falaye Sacko.

The spat between Mbappe and Neymar became apparent when the latter intervened to award PSG their second penalty of the game.

Mbappe was adamant that he should have stayed put and in his frustration at raising an issue with Neymar, even flew past Lionel Messi.

Neymar then converted from 12 yards before helping himself to a second. Mbappe got on the scoresheet in the 69th minute but did not celebrate.

He also reacted furiously to Vitinha’s decision to pass to Messi, rather than him, late in the first half, throwing his arms around in disgust and seemingly refusing to continue the attack.

PSG coach Christophe Galtier explained that Mbappe’s behavior was due to a lack of fitness for the match and confirmed on Friday that any spat between the France forward and Neymar had ended, although Saha was not at all impressed.

“I think it’s unacceptable for a player of this nature,” Saha said in an exclusive interview with Stats Perform.

“Yes, we all make mistakes, especially when it’s a young player.

“But [being a young player] doesn’t put you in a position to do that because all the people will be on his back. We’ll say, ‘Wait a minute, we’ve seen a lot of things happen’.

“We’ve seen the fights with Neymar. To do that [throw his hands in the air after Vitinho’s pass to Messi] after any choice of the player giving the ball, that’s bad news. It doesn’t help.

“He needs to show from the outside that he is still eager.

However, Saha believes the 23-year-old’s winning mentality is what makes him such an influential figure.

“It helps to represent the youth, really young guys who can work under pressure,” continued Saha.

“He has great communication skills, I like that he is dedicated to football, but slowly after the beat he can give himself to news about the company. You have to be careful because you represent so much.”

“It’s all really impressive. He still has a lot to give to football and he has to stay humble that he’s still able to learn from people because getting too quickly into a position where you think you know better could be dangerous for his development. ”

“I’m really worried about that because he has more influence on football than he thinks.

“He could become a game-changer in the company, so I would like him to be slowly taught to be an icon and an ambassador in some way, because he is very smart, speaks three or four languages ​​and has a winning spirit, I like that. “