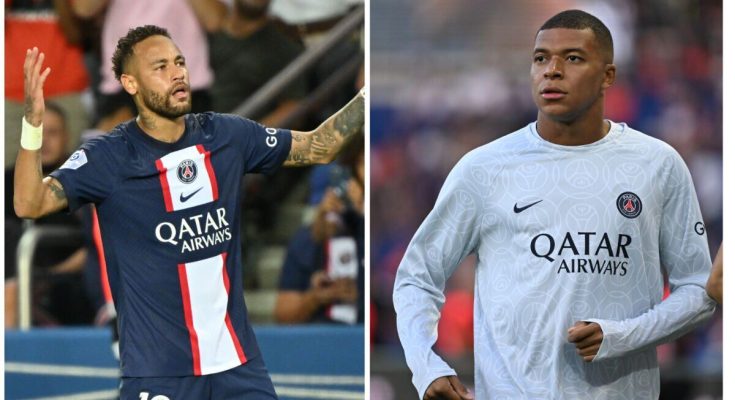 The feud and power struggle between Paris Saint-Germain forwards Kylian Mbappe and Neymar is threatening to divide the squad.

A recent penalty scramble brought to light some egotistical issues, while Mbappe was seen breaking out of the running during the game as the ball did not fall to him.

The France star committed to PSG during the summer, avoiding a move to Real Madrid but remaining in Neymar’s shadow during the opening stages of the season. Mbappe, who missed a penalty earlier in the 5-2 rout against Montpellier, tried to take the ball away from Neymar.

Le Parisien reports that the pair tried to continue their row in the dressing room, where defender Sergio Ramos had to intervene.

Goal add that Mbappe was hoping for more power and influence at the Parc des Princes after signing earlier this year. Neymar looked set to leave at one stage.

Instead, the Brazilian remained in France, contributing three goals and three assists in his first Ligue 1 games, while his dressing room stock has also been boosted by the arrivals of Lionel Messi and Ramos in the last year.

A lack of discipline and team ethic has plagued PSG during their rise to the top of European football. While the Ligue 1 titles were on the horizon, their continued failures in the Champions League left the club’s hierarchy disillusioned.