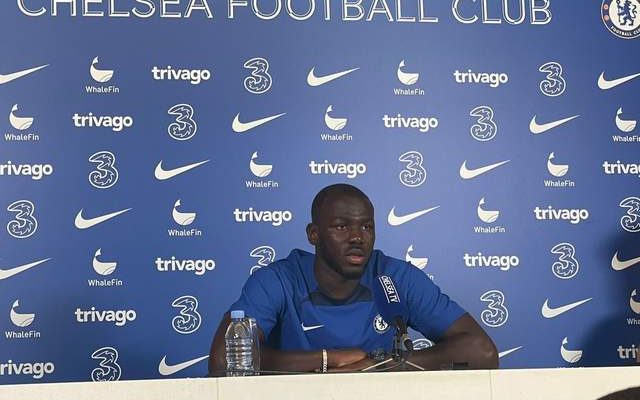 Kalidou Koulibaly has condemned plans by Napoli president Aurelio De Laurentiis to tell new signings they must agree not to play in the Africa Cup of Nations.

De Laurentiis proposed the controversial policy on Tuesday, saying any African player who joined a Serie A club should commit to missing the tournament.

Whether he follows through on the plan or is enforceable remains to be seen. The next AFCON is scheduled to be played in Ivory Coast in January 2024.

Last season, Napoli were without Cameroon international Andre-Franco Zamba Anguissa and Senegal defender Koulibaly as they represented their nations at the tournament held in January and February, while Nigerian striker Victor Osimhen missed out through injury.

Koulibaly, who has since moved to Chelsea, felt De Laurentiis contradicted his comments and claimed the views would not be supported by many others at the club.

“It’s up to him if he wanted to say it, but for me the most important [thing] is to respect everyone,” Koulibaly said at a press conference in London.

“It’s true that it was a difficult time for them when we went to the AFCON, but we won it and I’m really happy today.”

While Napoli may have struggled for numbers without their African players, their results have nevertheless been strong, with Luciano Spalletti’s side taking 13 points from a possible 15 from their first five league games of the year. The only real disappointment was the Coppa Italia exit at the hands of Fiorentina in mid-January.

Koulibaly added: “I think you can’t speak for African national teams like that. You have to have the respect you have for other national teams.”

“As the captain of Senegal, I think this is not a good way to talk about African national teams.

“But I respect what he thinks. If he thinks the team can play without African players, that’s up to him. But I think not everyone at the club has the same idea as him.”

“I know some people who are part of this company and the team don’t have the same idea as him. It’s not the idea of ​​the company or the city because the city is very respectful.”