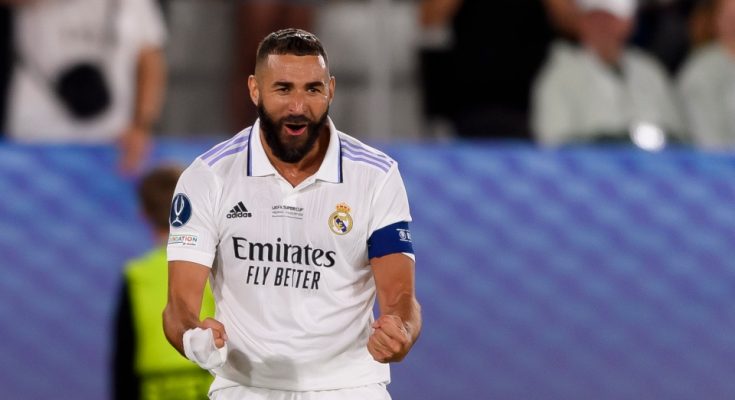 Karim  Benzema equaled second place in the club’s goalscoring charts in May when he headed level with Los Blancos great Raul on 323 goals in a 6-0 thrashing of Levante.

He is now alone in second on 324 after netting Madrid’s second against Europa League winners Eintracht Frankfurt in Helsinki on Wednesday.

David Alaba put Madrid ahead in the first half and Benzema made it 2-0 in the 65th minute when he combined with Vinicius Junior in a familiar combination.

Vinicius assisted Benzema 10 times last season and the Brazilian winger’s cross from the left offered the new Madrid club captain a chance for a first-time finish, which curled past Kevin Trapp.

Only Cristiano Ronaldo, who scored a remarkable 450 goals during his nine-year spell at the Santiago Bernabeu between 2009 and 2018, is ahead of Benzema, although the 34-year-old France forward looks unlikely to equal that record.