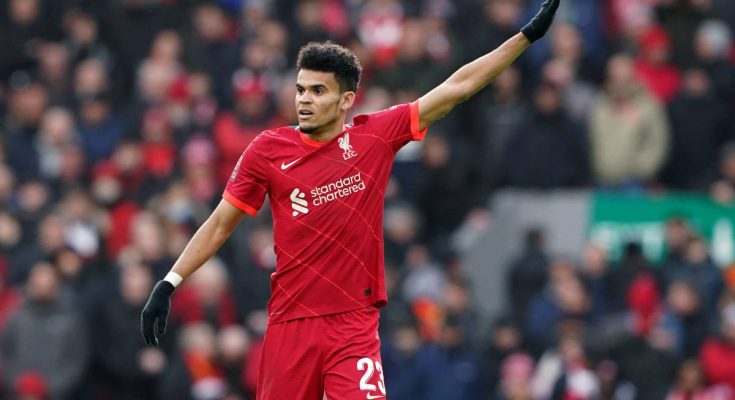 Jurgen Klopp is confident the goals will come for Luis Diaz after the winger was wasteful in the 2-2 draw at Fulham last weekend.

Diaz missed two Opta-defined “big chances” in the Premier League season opener at Craven Cottage, rattling the post in the first half.

The Colombia international has taken no time to settle at Anfield following his big-money move from Porto in January, scoring six goals and providing five assists in 26 appearances last season.

Liverpool lost Sadio Mane to Bayern Munich in June but Klopp is backing Diaz to help fill the void left by the Senegal forward.

Asked if Diaz could score 10-15 goals this season, the Reds manager said: “That’s definitely his quality. We have to see, but that’s obviously his potential.”

“We’re working on it, but not specifically with Luis. We’re not pulling him because the other two scored and he didn’t, so we’re going to show him how to do it. It’s not necessary. It’s not a problem. You can’t force it.”

“Last week people were asking ‘How can you play without Sadio?’, but in November/December everyone was thinking about when he’s going to score another goal and Mo [Salah] was on fire.

“You see the situations Luis had, the big chances and he was just unlucky. He started with us on the first day and participated in all the training sessions, and that’s the most important thing.

“Everything else will come. In the long run, of course, it’s not a problem. It’s about being ready and fighting through those moments.”

Klopp urged Diaz to be patient ahead of Liverpool’s first home game of the season against Crystal Palace on Monday.

“Obviously it’s whether it’s in you or not, but it’s the way we play, how we set up players, how we protect them, where we win the ball back.

“And that’s how guys can use their speed in those moments. They’re going to be in a lot of scoring situations, and that makes you a player to remember.”