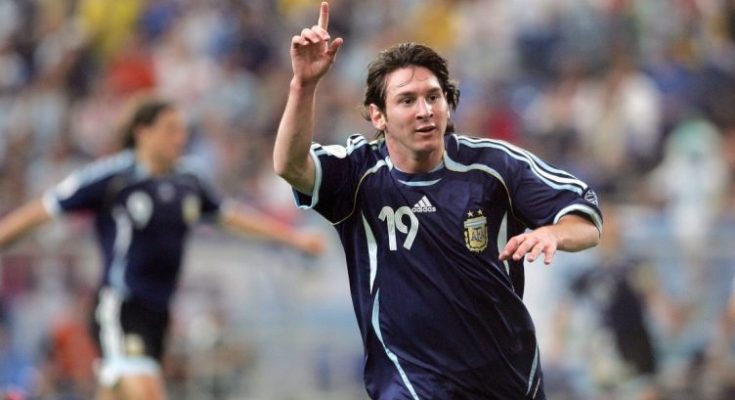 It is very difficult for any coach to pull up a strategy to play against one of the best of all time. Fortunately for Jurgen Klinsmann, he did not have to pass through that situation during the 2006 FIFA World Cup when Germany faced Argentina in the Quarter-Finals.

Lionel Messi is arguably one of the best footballers of all time. It’s not easy for any coach to have a good plan to stop him, but luckily for Jurgen Klinsmann, Germany’s coach at the 2006 FIFA World Cup, he didn’t have to use his emergency strategy during the quarter-final against Argentina.

Jurgen Klinsmann is known to be a big fan of Lionel Messi and what he has achieved throughout his career. The Argentinian striker, who now plays for PSG, was a rising star during the 2006 FIFA World Cup, but his true potential was not seen as he did not get as many minutes on the pitch for his team.

It’s been 16 years since Germany 2006, but Klinsmann hasn’t forgotten what he lived for throughout the tournament. The host team managed to make it to the round of 16 and the quarter-finals, but lost to Italy in the semi-finals. Despite this, he knows he had a bit of luck against Argentina and made it into the top four national teams of this FIFA World Cup.

During a media roundtable, Jurgen Klinsmann was asked about the 2006 FIFA World Cup and the match between Germany and Argentina in the quarter-finals. The coach revealed he was relieved to know Lionel Messi would not be playing against them.

“I was very happy that Messi didn’t come on that day,” Klinsmann said with a laugh. “It was a dramatic quarter-final, like a little movie script that took place in just one game. It ended in a penalty shoot-out and we were obviously lucky to get through those penalties. It’s one of those games that could be discussed. ” up and down, over and over. I was extremely happy that Messi did not enter the podium.”

At the time, Lionel Messi was, as was previously said, a rising football star, so he was not in Argentina’s starting eleven during the World Cup. The rest is history, but there are some personalities, like in this case Jurgen Klinsmann, who think the striker could have changed things for his national team in this tournament.