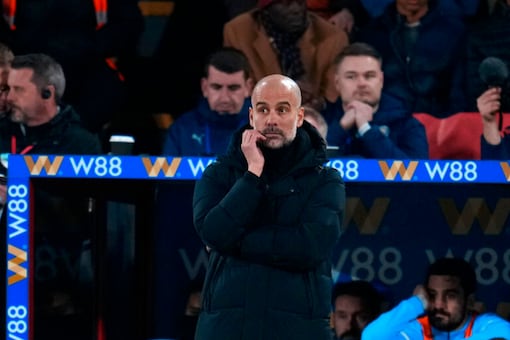 Pep Guardiola wants his Manchester City future to be resolved “in a natural way” as he approaches the end of his contract.

The Spaniard wants to stay at the Premier League champions and will hold talks with the club before completing a contract at the end of the 2022-23 season.

However, the manager is in no rush to commit and says it would be a mistake to “force” any deal.

Ahead of his seventh season in charge, Guardiola suggested that City would have the right to look elsewhere if the team and boss did not underperform.

“It depends on the results,” said Guardiola.

“I wouldn’t change my life here for a second. It’s been seven seasons. We’ve spoken to the club and in the middle of the season, at the end of the season, we’ll talk again, how we feel, and I’ll decide what’s best for the club.

“I have said many times that I will extend if they want. I would like to stay longer and at the same time they have to be sure. It has been many years and I have to see how the players behave.”

“I don’t want to be a problem. Sometimes when you prolong things, you force it and it’s not good. Those situations happen when it happens naturally. If you force it, it doesn’t happen.” .

“We’ll see what happens during the season, how we feel, and the best [decision] for the club will be made.”

City kick off the new Premier League campaign at West Ham on Sunday.