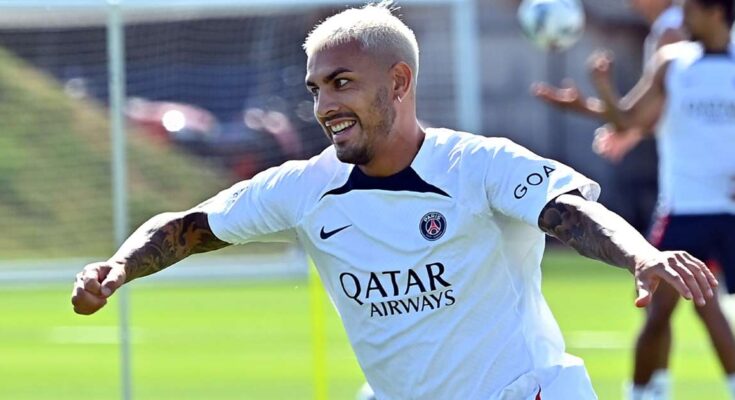 Christophe Galtier revealed Leandro Paredes is in demand and gave a strong indication he could leave Paris Saint-Germain before the transfer window closes.

Paredes has reportedly agreed on terms with Juventus and the move is expected to go ahead if Adrien Rabiot moves to Manchester United.

The Argentine midfielder is frustrated with his lack of playing time at PSG, who he joined from Zenit in 2019.

Paredes replaced Vitinha for the final 20 minutes of the Ligue 1 champions’ 5-2 rout of Montpellier on Saturday, but Galtier is unsure whether he will be at the club after the transfer window closes on September 1.

The head coach of PSG said in a press conference: “The situation of Paredes is very different from that of Mauro Icardi.

“Leandro has many demands and I don’t know what will happen between now and the end of the transfer market. I know he wants to play but he is in a calm mood.”

Galtier has bolstered his midfield with the additions of Vitinha and Renato Sanches, keeping Paredes in the order.

The 28-year-old played only 15 games for PSG last season.