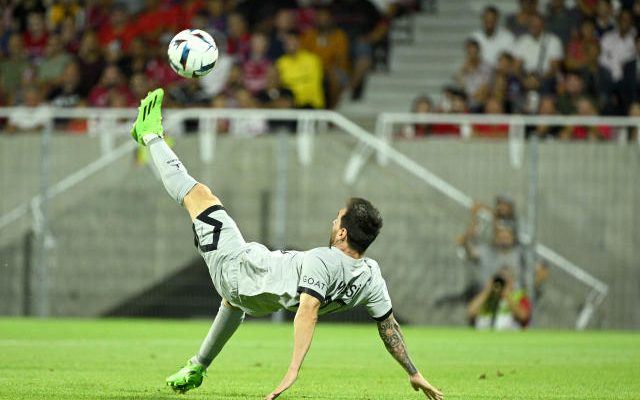 Paris Saint-Germain head coach Christophe Galtier has backed Lionel Messi to shake off last term’s challenges and have a “great season” after opening the Ligue 1 campaign with a double.

Messi capped PSG’s 5-0 win at Clermont on Saturday with two late goals, including a spectacular header. Neymar, Achraf Hakimi and Marquinhos scored in the first half.

The Argentine’s double comes after he managed just 11 goals in all competitions in his first season in the French capital following his move from Barcelona, ​​while he struggled to find cohesion alongside Neymar and Kylian Mbappe last term.

“He had a bit of a tough season last season, he had to fit in,” Galtier told reporters.

“There has been a radical change, but he has at least 30 goals in each one before that.

“He’s had a full pre-season. When he behaves in terms of his family life as well as the club, team and teammates, there’s no reason why Leo shouldn’t have a great season.” ”

Galtier, who took over from Mauricio Pochettino in charge of PSG last month, was glowing in his praise for Messi, who spoke at length during their pre-season tour of Japan.

“I spoke to Lee during our time in Japan and also spoke to my attacking players to make sure he performs well throughout,” he said.

“Leo has a very sharp tactical sense, very clear. He has a vision. He sees where to go quickly.”

“How he defends, how he positions himself to play with others. He can get in the zone. He likes to play with the players he has around him.

“From there, obviously when Leo smiles, the team smiles.

PSG are in action next weekend in the league at home to Montpellier.