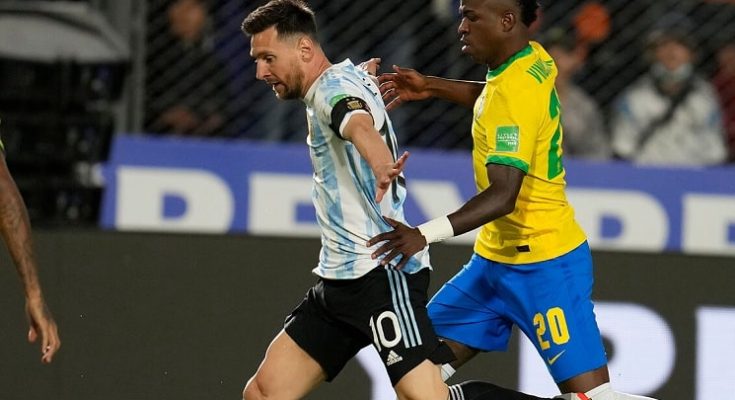 The suspended World Cup qualifying game between Brazil and Argentina will not be played, the two countries’ governing soccer bodies said Tuesday after reaching a deal with FIFA to cancel the match.

Both teams agreed to pay a fine for not participating in the qualifiers, which were halted shortly after kick-off last September when Brazilian medics entered the pitch, saying four Argentina players had breached COVID-19 protocols.

FIFA wanted the match to be played next month, although it essentially became meaningless after both Brazil and Argentina qualified for the World Cup in Qatar despite playing a match less than other South American countries.

FIFA initially fined both countries’ football bodies and demanded the match be played. The Brazilian confederation and the Argentine federation took the case to the Court of Arbitration for Sport, where all three parties agreed to a deal to cancel the game.

Brazil coach Tite and his Argentina counterpart Lionel Scaloni claimed the risk of injury and suspension was too high for the game to be played before the tournament in Qatar.

The decision leaves both teams free to schedule September friendlies against other opponents instead.

In Qatar, Brazil are in Group G with Serbia, Switzerland and Cameroon. Argentina is in Group C with Mexico, Poland and Saudi Arabia.