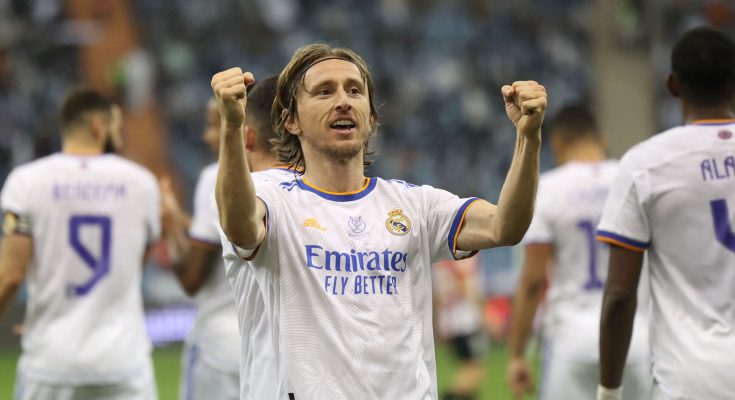 Real Madrid playmaker Luka Modric does not think it will be crucial for Carlo Ancelotti to manage his minutes this season, despite the upcoming World Cup.

The 2022 FIFA World Cup takes place in Qatar during November and December, with Modric’s Croatia qualifying.

Croatia reached the final of the 2018 tournament in Russia where Modric played. He subsequently won the Ballon d’Or and is the only player not named Cristiano Ronaldo or Lionel Messi to win the award since Kaká took it in 2007.

While Ivan Rakitic, another mainstay of Croatia’s midfield for the past decade, and Mario Mandzukic – who led the line in 2018 – have retired from international football (and in the latter case from playing altogether), Modric is ready to lead his country. once again.

Modric will be 37 at the World Cup, with Croatia drawn in Group F against Belgium, Canada, and Morocco, but he explained ahead of Wednesday’s Super Cup clash with Eintracht Frankfurt that he did not feel the need to discuss it with Ancelotti. controls how much he plays this campaign.

Speaking at a press conference in Helsinki, he said: “Not at all, I don’t see it being any different, as I’ve always said, age doesn’t matter. What matters is what you do on the pitch, you don’t need to look at your age.

“I talk to the coach every day, but not about this. The coach knows that I like to play and when I play, I feel better.

Perhaps in evidence of that, Modric, who will have further competition this season from new arrival Aurelien Tchouameni, led the press in a training match between two XIs made up of Madrid’s superstar-laden squad at the Olympic Stadium after media duties were lifted. fulfilled.

Modric, as well as Karim Benzema, were also asked how Madrid could improve on last season’s LaLiga and Champions League double.

“To be at this level you have to work hard and be dedicated on and off the pitch, that’s what we do,” he added.

“We have a very good group of players here, we are ready for a good season, like every year we will give it our all.”

The equally evergreen Benzema said, referring to his coach: “I think we can all agree if Carlo said it!

“Age doesn’t come into it, it’s true we’re not young anymore, but we all work hard on and off the pitch, we’re well rested and we’re able to go on and perform at a high level. there is a good team here, better than last year. We will compete for everything.”