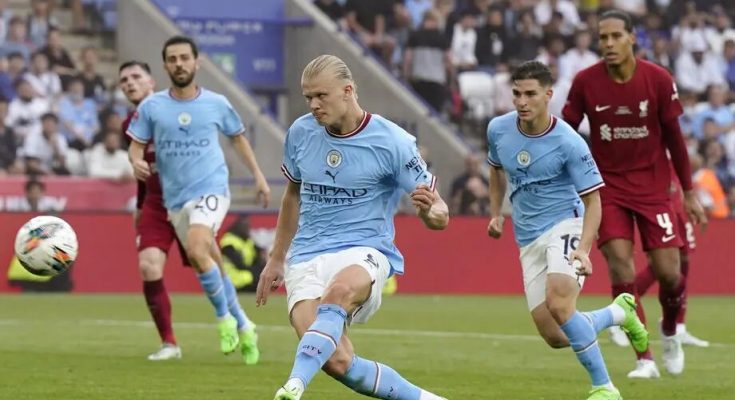 Manchester City striker Erling Haaland insists he is ‘not concerned’ about settling in the Premier League following a tough debut against Liverpool in the Community Shield.

With Darwin Nunez in the Liverpool squad, the game was seen as a battle between the league’s new superstar strikers. But Haaland finished second best, missing big chances, while Nunez got his name on the scoresheet in Liverpool’s win.

City legend Sergio Aguero later admitted the Norwegian has had a tough time since Virgil van Dijk and is “too used” to playing in Germany.

Haaland arrived in English football with 134 goals in 137 appearances for club and country since the start of the 2019/20 season. But this is now probably his toughest challenge yet.

“People can take their time, people can go right into it. We’ll have to see, but I’m not worried. That’s the life of a footballer – you have to live with it,” the player told Sky Sports.

Haaland is adamant he will not ‘stress’ about his form. He also seems well aware that at 22, he’s still far from a finished product, despite his record in recent years.

Haaland added that he is getting out of his comfort zone to improve and believes that “chemistry” with his new City team-mates will come with time.

“The chemistry on the pitch with the other players is something that will come – I don’t know if it will take weeks, months, but it’s something we have to build on every day in training.

“I am a player who is hungry for goals, who gives 100 percent, who wants to win every game.” They’re simple things, but also really important things.”