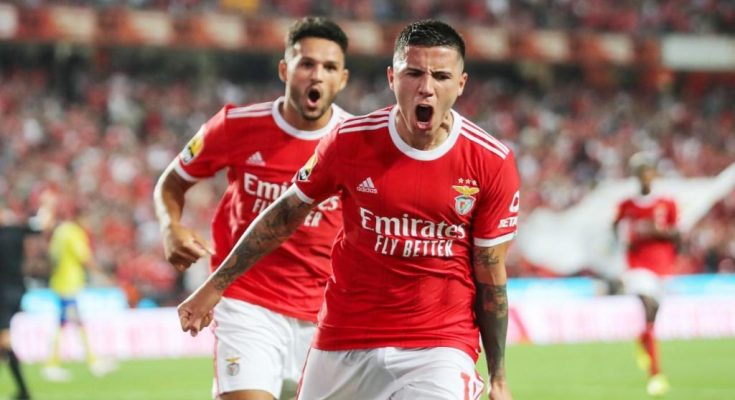 Lionel Scaloni would be evaluating calling two soccer players who were not usual in the calls for duels with Honduras and Jamaica. I know who they are.

Lionel Scaloni is already working on the Argentina squad for the tour of the United States, and all indications are that there will be no major changes from the last calls. Still, there could be some new faces for the friendlies against Honduras and Jamaica.

The players in question are Enzo Fernández and Giovanni Simeone. The former, a big presence at Benfica, has already been called up for the double-header of South American qualifiers heading to Qatar 2022 against Uruguay and Brazil. El Cholito already knows what it’s like to pull on the Albiceleste jacket and was even on Scaloni’s provisional list for the last tour, although he later ended up being left out of the final one.

In the first week of September, the Argentine Football Association (AFA) must send players invited to tour the United States to their respective clubs. This must be done 15 days before the first match against Honduras and the final list will be published later.

At first, the idea was to face South Korea or New Zealandas AFA was looking for a team in the Asian Qualifiers that resembled Saudi Arabia, rival in Group C of the Qatar 2022 World Cup, but they lowered the thumb with the passing of the hours.