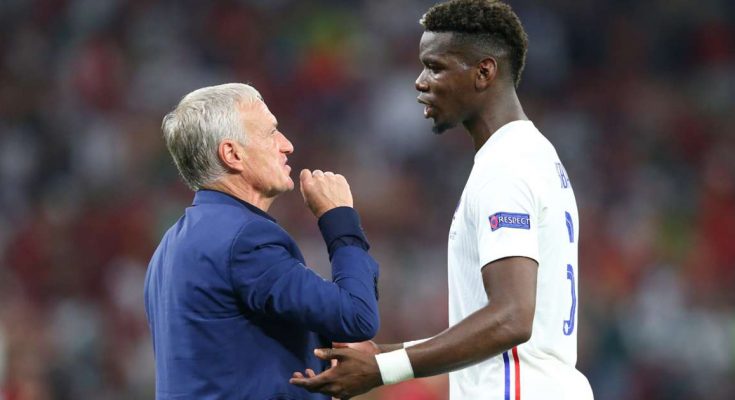 Didier Deschamps remains confident Paul Pogba will be fit to play a big role for France at the World Cup despite missing the start of the season through injury.

Pogba suffered knee problems in pre-season after returning to Juventus from Manchester United on a free transfer.

There were early suggestions the Qatar 2022 World Cup winner could miss out, but he has instead opted for therapy to ensure a much quicker return.

Pogba should once again be paired with N’Golo Kante in France’s midfield in November, although the Chelsea man has not been without injury problems in recent seasons.

“We are talking about players who are in great demand – two players who have a lot of experience, leaders,” Deschamps told Le Parisien.

“It’s important they are there, but we’re never safe – that’s why we need to prepare the younger players.

“Of course I am in contact with Paul. His participation in the World Cup today is not in doubt.”

Antoine Griezmann is another player who is still seen as key to Deschamps’ plans, despite only scoring three goals in LaLiga last season.

“It’s not a robot. Obviously the head controls the legs,” explained Deschamps. “But every player sooner or later encounters a period when he plays less well.

“This then translates into a loss of trust.

“Antoine has had very intense seasons. Before the physical problems at the beginning of the year [thigh injury], he has always been injury-free throughout his career.

“He changed clubs a few months before. External elements could also have an influence on it.

“I know him well. He has a great mind. He needed to regenerate and he will do everything to get back to his best level. He is a plus for the France team.”

The focus is currently on getting France in top form for the World Cup, although former Real Madrid coach Zinedine Zidane continues to be linked with the Deschamps job.

The France boss is not worried, saying: “I have always put the France team above me, above everything.

“Today, the position is not available because I am filling it with my staff. Then everyone has the freedom to say what they want and how they want. It has no effect on me.”

“The interest of the players and the whole team today is to be effective at the World Cup. Anything that can defeat that common goal is not necessarily good.”