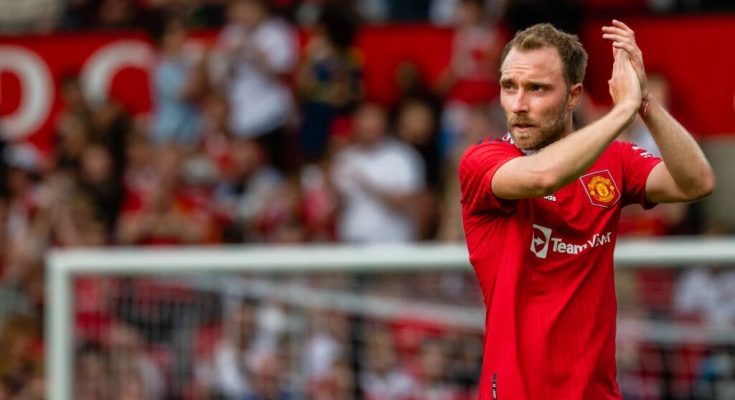 The Denmark international joined Erik ten Hag’s side on a free transfer in July after a short spell at Brentford, having left Inter due to health issues that have prevented him from playing in Italy.

An implantable cardioverter-defibrillator fitted after he suffered a cardiac arrest at the European Championships last year has ruled Eriksen out of Serie A return to action.

Eriksen excelled for Thomas Frank’s side at Brentford, scoring once and providing four assists in 11 Premier League appearances, leading to United’s interest.

He has hinted that he has previously spoken to Louis van Gaal, Jose Mourinho and Ole Gunnar Solskjaer about a potential move, having been admired since his first move to the Premier League in 2013 with Tottenham.

“I have spoken to every manager that has been here at Man United to find out what the situation is,” Eriksen told ESPN.

“But I was at Spurs at the time and I really couldn’t see myself playing for another English team at the time. I went abroad and went to Inter.

“It was in the books, well, not in the books, but it was talked about. It wasn’t the [right] timing for me, it wasn’t there and I was in place at Spurs for a long time and I wanted to try something abroad, I went to Inter and in the end I really enjoyed it.

“But then obviously something happened in the summer and that changed the career I had in mind a bit and then obviously to come back to Brentford and then to be here is something I didn’t think could happen a year ago. .”

Eriksen’s impressive form at Brentford has seen United battle it out with the London side for his services, but the midfielder has denied a return to Tottenham is an option.

“It was just talk. They never came up with anything so it wasn’t an option for me at the time to go back to Tottenham and Man United were very early on, very positive and I had good talks,” he said. .

“From the first few phone calls it was very positive and the club felt they wanted me, so it took a long time.